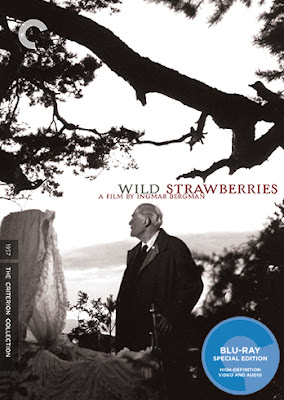 Produced fifty-six years ago, Ingmar Bergman’s Wild Strawberries remains a venerable warhorse in the hallowed halls of Arthouse. But unlike this reviewer, who shares a similar vintage, the film shows no loss of vitality or any sign of imminent creakiness. Despite its strengths, Wild Strawberries often gets a bit lost within the contrasty folds of Bergman’s legendary filmography. Sight and Sound’s vaunted list of The Greatest Films of All Time pegs Wild Strawberries at sixty-three; not exactly a diss but way far behind Persona. The film doesn’t even appear on Roger Ebert’s lengthy List of Great Movies, although the late critic partially compensated by including Bergman’s equally underrated Winter Light. 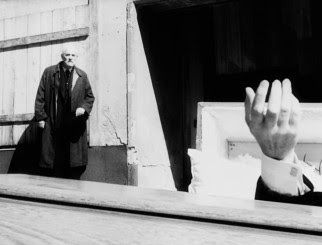 The inherent silliness of film ranking aside, Wild Strawberries is a stunning cinematic experience. Filled with mystical beauty and chewy philosophical constructs in a tidy, perfectly tailored ninety-two minute package, the film is a mandatory part of the syllabus for any serious cineaste. And even if you’ve experienced this recondite road movie in the distant past, it’s high time for a revisit thanks to Criterion’s sublime new blu-ray edition. With this disc, viewers will discover boundless new textures and detail, leaving that dreary 16mm print from college film class in the magical dust of Swedish high summer.

I've only seen The Seventh Seal, so I really need to watch this one too. Especially as we have it in the building I work in! I work in a college library, if you didn't know.

Sold! Top-o-the-queue, in Blu. After such a review, how can I not?

This film is a piece of beautiful melancholia. One of Bergman's very best.