The remainder of the films in competition at Cannes. The festival opens May 15.
All materials courtesy of The Cannes Film Festival 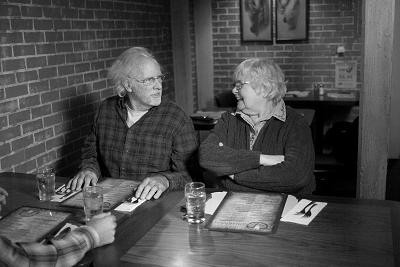 SYNOPSIS
A poor old man living in Montana escapes repeatedly from his house to go to Nebraska to collect a sweepstakes prize he thinks he has won. Frustrated by his increasing dementia, his family debates putting him into a nursing home -- until one of his two sons finally offers to take his father by car, even as he realizes the futility.

En route the father is injured, and the two must rest a few days in the small decaying Nebraska town where the father was born and where, closely observed by the son, he re-encounters his past. (Don’t worry -- it’s a comedy.)

Shot in black and white across four American states, the film blends professional actors with non-actors and aspires to mirror the mood and rhythms of its exotic locations. 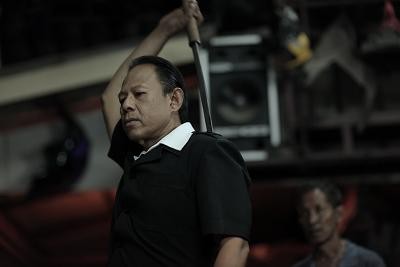 SYNOPSIS
Julian, an American fugitive from justice, runs a boxing club in Bangkok as a front for his drug business.
His mother, the head of a vast criminal organization, arrives from the US to collect the body of her favorite son, Billy. Julian’s brother has just been killed after having savagely murdered a young prostitute. Crazy with rage and thirsty for vengeance she demands the head of the murderers from Julian.
But first, Julian must confront Chang, a mysterious retired policeman - and figurehead of a divine justice - who has resolved to scourge the corrupt underworld of brothels and fight clubs 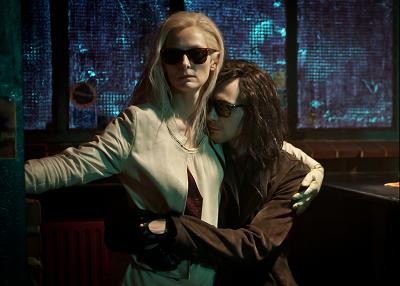 SYNOPSIS
Set against the romantic desolation of Detroit and Tangier, an underground musician, deeply depressed by the direction of human activities, reunites with his resilient and enigmatic lover.

Their love story has already endured several centuries at least, but their debauched idyll is soon disrupted by her wild and uncontrollable younger sister. 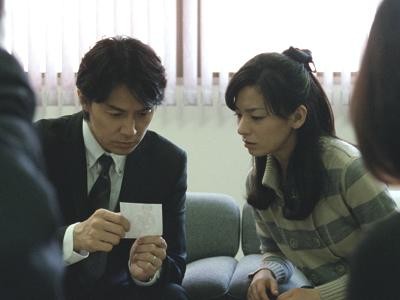 SYNOPSIS
Ryota has earned everything he has by his hard work, and believes nothing can stop him from pursuing his perfect life and living as a winner. Then one day, he and his wife, Midori, get an unexpected phone call from the hospital. Their 6-year-old son, Keita, is not their son - the hospital gave them the wrong baby.
Ryota is forced to make a life-changing decision, to choose between "nature" and "nurture". In the meanwhile, seeing Midori’s devotion to Keita even after learning his origin, and communicating with the rough yet caring family who raised his blood son for the last six years, Ryota also starts to question himself: has he really been a "father" all these years...
The moving story of a man who finally faces himself when he encounters an unexpected wall for the first time in his life.
CREDITS
KORE-EDA Hirokazu - Director
KORE-EDA Hirokazu - Screenplay
TAKIMOTO Mikiya - Cinematography
MITSUMATSU Keiko - Set Designer
KORE-EDA Hirokazu - Film Editor
TSURUMAKI Yutaka - Sound
ACTORS
Masaharu FUKUYAMA - Ryota Nonomiya
Machiko ONO - Midori Nonomiya
Yoko MAKI - Yukari Saiki
Lily FRANKY - Yudai Saiki 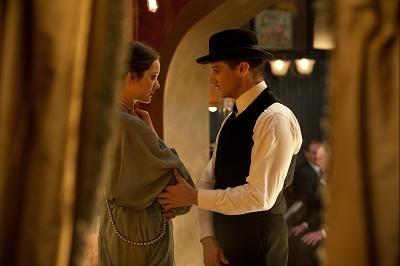 SYNOPSIS
1921. In search of a new start and the American dream, Ewa Cybulski and her sister Magda sail to New York from their native Poland. When they reach Ellis Island, doctors discover that Magda is ill, and the two women are separated. Ewa is released onto the mean streets of Manhattan while her sister is quarantined. Alone, with nowhere to turn and desperate to reunite with Magda, Ewa quickly falls prey to Bruno, a charming but wicked man who takes her in and forces her into prostitution. And then one day, she encounters Bruno’s cousin, the debonair magician Orlando. He sweeps Ewa off her feet and quickly becomes her only chance to escape the nightmare in which she finds herself.
CREDITS
James GRAY - Director
James GRAY - Screenplay
Richard MENELLO - Screenplay
Darius KHONDJI - Cinematography
Happy MASSEE - Set Designer
Chris SPELMAN - Music
John AXELRAD - Film Editor
Thomas VARGA - Sound
ACTORS
Marion COTILLARD - Ewa Cybulska
Joaquin PHOENIX - Bruno Weiss
Jeremy RENNER - Orlando 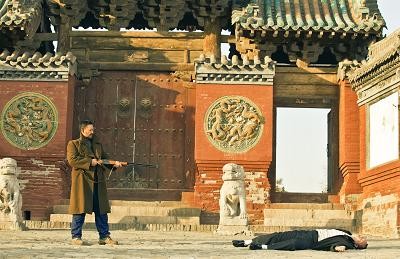 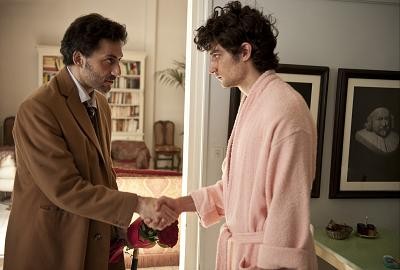 WARA NO TATE (Shield of Straw) 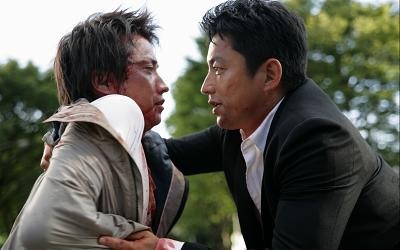 SYNOPSIS
"Kill Kunihide Kiyomaru, and I will pay you 1 billion Yen". This is the ad placed in all the main newspapers in Japan. In placing the ad, the powerful multi-billionnaire Ninagawa puts an irresistible price on the head of the man he believes to be his granddaughter's killer. Realising he has become a target for millions of people, Kiyomaru turns himself in at the Fukuoka Police Station. Four officers are dispatched to bring Kiyomaru back to Tokyo, risking their own life, but now any number of assassins lie in wait on the 1.200km journey. The trip becomes a hellish chase, with potential killers at every turn. Will the police get Kiyomaru to Tokyo to face justice, or will justice of a different nature prevail?
CREDITS
Takashi MIIKE - Director
Tamio HAYASHI - Screenplay
Kazuhiro KIUCHI - Based on the novel by
KITA Nobuyasu - Cinematography
Koji ENDO - Music
Kenji YAMASHITA - Film Editor
Jun NAKAMURA - Sound
ACTORS
Takao OSAWA - Kazuki Mekari
Nanako MATSUSHIMA - Atsuko Shiraiwa
Tatsuya FUJIWARA - Kunihide Kiyomaru

WARA NO TATE (Shield of Straw) looks exciting to me. For the others I have to read your reviews.