Courage, Let’s Run! is one of those ultralight, rather silly comedies the French churn out by the bushel. This one stars Jean Rochefort as a cowardly pharmacist who gets caught up in the Paris riots of 1968. Through a series of misadventures, he ends up in bed with Catherine Deneuve in a swanky Amsterdam hotel. Yes, some guys have all the luck. Written and directed by the talented Yves Robert (My Mother’s Castle, My Father’s Glory) this domestic consumption fluff succeeds due to unrelenting breeziness. Not to mention vistas of Deneuve at her youthful peak, back when she washed her golden mane in a mixture of morning dew and Chanel No.5 and rinsed it with the tears of the saints. 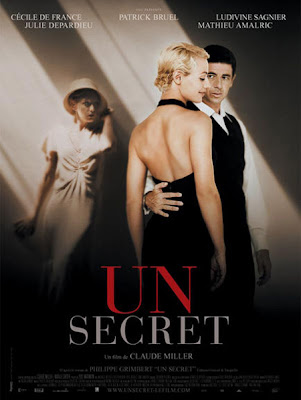 A well made, plot driven memoir about a Parisian Jewish family’s struggle to cope with the barbarism of the German occupation and retain a shred of dignity in the process. Told through the awkward childhood recollections of a psychologist (Mathieu Amalric), A Secret roils with adultery, deception and betrayal. Although you will likely have guessed its outcome long before the unveiling, Ludivine Sagnier, Patrick Bruel, Julie Depardieu and doe-eyed Cecile De France add to the film’s compelling attractions. 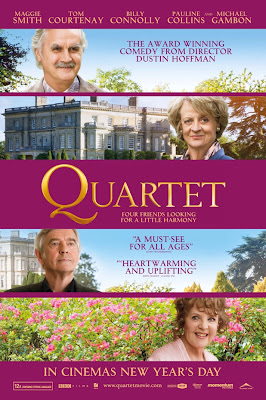 If you're thinking of heading to the cinema this weekend, I highly recommend Quartet, a charming sentimental comedy about a group of former opera singers who stage a benefit concert to save their retirement home. Filled with great performances and great music, the film stars Maggie Smith, Michael Gambon, Tom Courtenay and a host of familiar British character actors, all of whom appear to be having the time of their lives. The movie marks Dustin Hoffman's directorial debut, but he shows the steady hand of a seasoned vet. I guess you don't work on film sets for 50 years without learning something. If you enjoyed The Best Exotic Marigold Hotel, I suspect you'll like this just as much.