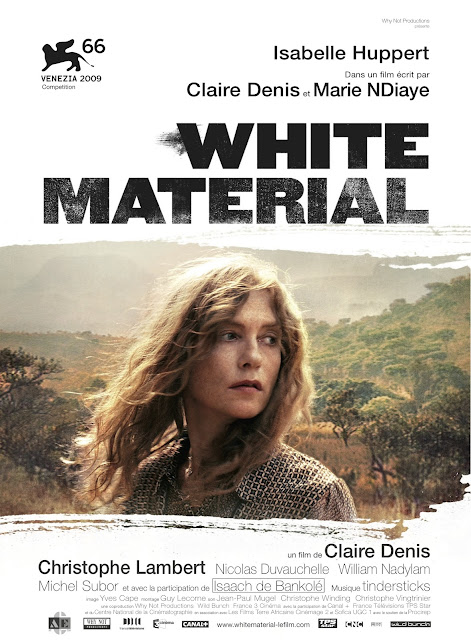 In White Material, director Claire Denis weaves a complex cinematic tapestry out of narrative threads as coarse and dry as Isabelle Huppert’s fiery, windblown hair. Set in an African nation in the throes of civil war, the film reduces the waning days of European colonialism to a small scale story of a coffee farmer and her attempts to remain tethered to a familiar economic model in the midst of violent collapse. The film is rife with intentional geo-political vagueness; not only is the country unnamed, the precise aims of the warring factions are never defined or discussed. Both sides wear the same tattered uniforms and employ the same brutal means, creating a maelstrom of terror and confusion. The only certainty is this tortured land no longer has a status quo to defend, and the Europeans who exploited its riches will soon be caught in a crossfire that grows ever closer. 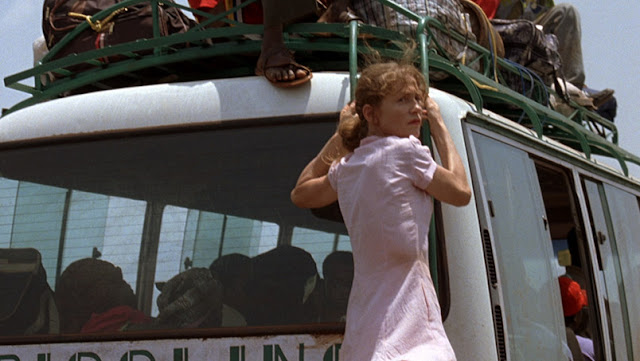 
FINAL THOUGHTS
Despite it’s time-shifting storyline and exotic locale, White Material retains many comforting attributes of familiarity. Indeed, in this age of rapidly accelerated political change, the film’s occasional, and more than passing, resemblances to Coppola’s Apocalypse Now do not seem like mere coincidence. Claire Denis’ film bears witness to the death rattles of colonization, and the viewer is thrust into the center of the conflict, but from a uniquely non-judgmental perspective. If the West’s misadventures in the developing world have taught us anything, it’s that often there’s no distinction between the good guys and the bad guys. And, as Denis and Huppert brilliantly make clear, sometimes it’s best to drop your coffee beans and run like hell.