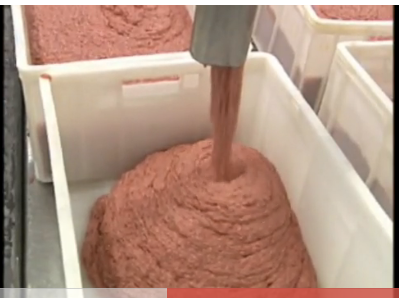 This is processed meat slurry. It’s the basis of hot dogs, Spam, bologna and countless other products. The big question: How can something so gross taste so good? 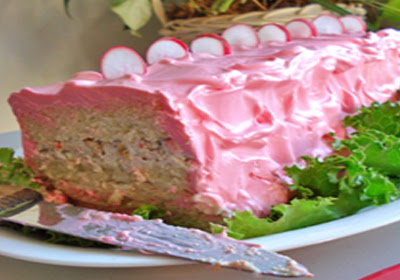 This picture accompanied a recipe for something called “Deviled Ham Spread.” What is that pink stuff? Lard icing? It may taste alright but this is a horrific looking creation. 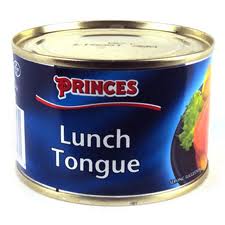 I saw this in an imported grocery store the other day. What in the world is Lunch Tongue? On second thought, I don’t want to know. 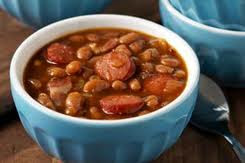 Good ol‘ Beanie-Weenies. A true American classic. I had a roommate in college named Nelson who once found a tooth in a can of Beanie-Weenies. I kid you not; a tooth! With roots and all! Nelson was so incensed he wrote a nasty letter to the Van Camps company with the tooth wrapped in plastic. About a month later, he got a letter from them with a coupon for a free replacement can of Beanie-Weenies. No apology or anything, just a coupon. Eventually Nelson moved back to Baltimore and I never heard from him again. I learned recently that he died of AIDS twenty years ago at the age of 36. I doubt there was any connection but who knows? 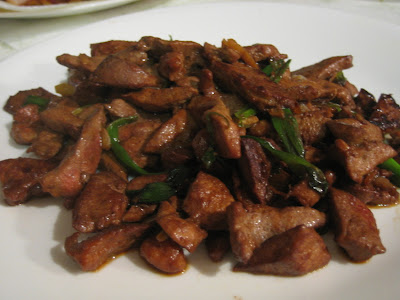 My Dad raised hogs for awhile when I was a kid and we ate just about every part of the pig. This is pork liver, which my Mom served a couple times a month. Pork liver has the look and texture of an old catcher’s mitt cut up into bite size pieces. Except a catcher’s mitt would probably taste better. I read somewhere that pork liver is terrible for you. I can believe it. 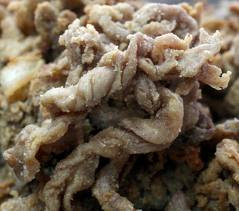 Here we have a plate of chitterlings. They are a classic Southern dish and my Dad loved them. Chittlins’ are chopped up bits of a pig’s lower digestive track, breaded and pan fried. I tried them once and spit them out. Just horrible. The irony is fashionable restaurants have been accused of serving these as calamari. It’s become something of a scandal. 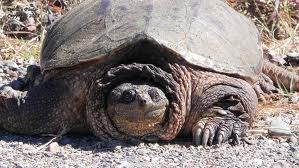 Yes, we once ate a big snapping turtle. More accurately, my Dad tried to eat a big snapping turtle. Our neighbor caught one at the pond one day, and brought it to our house as a present. Apparently, Dad had grown up eating these and he was delighted. The poor creature was about a yard in diameter, and really pissed off. My Dad bludgeoned it with a 2x6 and cut off its legs with an axe. My mother wasn’t sure how to cook it, so she blasted it in the pressure cooker for about three hours. The steam had the most nauseating smell, and it fogged up every window in our house. I remember after a couple of hours she opened the lid of the cooker and reached in with tongs to check on the thing. She pulled out a massive turtle leg, complete with those monstrous toenails. I thought I was going to puke right then and there. She served it minced like barbeque, but none of us would touch it. It stunk to high heaven. My Dad tried a bite, then applied a little more salt and tried another. He turned to my Mom and through a mouthful of chewy turtle muttered, “Probably better in soup.” My Mom showed great restraint and did not stick her fork in his neck.

She then got up and made everyone bologna sandwiches. They were delicious.

I knew there was a reason I am a vegetarian. Thanks for reminding me.