Days of Future Passed: The Perils of Do-It-Yourself Part 2 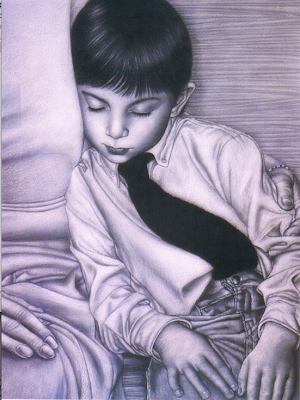 In 1965, a few weeks shy of her 80th birthday, Meemaw Hardy went out into her garden to get some tomatoes for lunch. She picked as many large ripe ones as she could carry, then turned around and fell flat on her face. A few hours later, Aunt Sally stopped by for a visit and found her aged mother sitting on the ground in a daze; her housecoat covered with the remnants of squished Better Boys.

As Aunt Sally carefully helped Meemaw to her feet, the elderly woman tried to laugh the whole thing off, claiming she’d merely tripped on some pea vines. But the alarmed Aunt Sally had seen enough and, after swiftly packing a grocery bag with a few of Meemaw’s clothes, took her mother home with her to stay. When Uncle Larry returned from work that night, Aunt Sally met him in the yard and delivered a play-by-play of the day’s frightening events, and declared that Meemaw would be staying with them for a while. Uncle Larry, who was quite fond of his mother-in-law, emphatically agreed. He too had been worried about her living alone at such an advanced age.

Despite their agreement, there was still a thorny issue to be resolved: Larry and Sally’s three-bedroom farmhouse was already bulging at the seams. Audrey, now 14 with new curves and protrusions appearing daily, really needed her own room. Meanwhile Jerry and Richie, aged 12 and 6 respectively, were crammed into another bedroom barely big enough to turn around in. There was some thought of setting Meemaw up in the living room by the TV, but Uncle Larry realized that would mean no more late night wrestling shows from Raleigh, and the idea was nixed.

Eventually it was decided that Meemaw would bivouac with Audrey. Later that evening, Uncle Larry showed up at our house asking to borrow the rarely used roll-away mattress my mother had acquired a few years earlier with S&H Green Stamps. While my mother wasn’t too thrilled about it --she’d saved for years for that mattress-- she also realized that it was for a good cause. At one time my mother’s plan was to station the roll-away on the porch during summer nights when it was too hot to sleep in the house. But that stratagem was dashed when she discovered that alfresco sleepers were devoured alive by Southern Virginia’s ravenous mosquitos.

Young Audrey loved her grandmother very much, but that affection was severely challenged by sleeping in the same room with her. For one thing, Meemaw snored with the sonic power of a chainsaw. While Audrey tossed and turned, Meemaw’s loudly labored breathing felled untold acres of oak and spruce. Meemaw also talked in her sleep, muttering a slurred, drowsy patois that covered a wide range of subjects; everything from ancient childhood memories to cake recipes.

Audrey took the full force of Meemaw’s horrific nocturnal noises, but there was collateral damage as her thunderous din resonated throughout the house, making sound sleep a scarce commodity. One night, Uncle Larry awoke with a start, convinced that his home had been invaded by a screaming pack of feral hogs. Only after going to the closet to grab his shotgun did he realize it was just the snoring Meemaw, happily nestled in the arms of Morpheus.

As the days wore on, the sleep deprived Anderson household became increasingly irritable. All except Meemaw, of course, who rose every morning filled with chatty pep. At the breakfast table, she talked non-stop about how well she’d slept and how beautiful the morning was while Uncle Larry starred bleary-eyed at his soggy cornflakes. Jerry, who was a fan of Marvel comics, began to suspect Meemaw was a creature that grew stronger by draining the life out of planets, kind of like Galactus. Things reached a head the following Sunday at church when Uncle Larry’s entire brood curled up on the pew and peacefully dozed. This raised the ire of Reverend Hawley, who suddenly decided to close his previously sedate sermon on stewardship with several fiery passages from the book of Revelations.

That afternoon, as Uncle Larry sat on the back porch listening to his fried chicken lunch digest, he gave the situation a long, hard assessment. He thought about Jack Hardy, Meemaw’s husband who had died 20 years earlier when his car skidded into a grove of walnut trees. Uncle Larry began to wonder if Jack’s demise was purely accidental. Perhaps poor Jack had been driven mad by his wife’s nightly sinus symphonies and had decided to simply end it all with a sharp turn of the steering wheel.

Uncle Larry then looked over to the far end of the porch and was struck by a divine epiphany. He could take some of those 2x4s he had stored in the shed and fashion a little retreat right there for dear old Meemaw. He would stuff the walls with sound deadening material -- old blankets, pillows, whatever-- and effectively isolate Meemaw’s somnambulistic squalls from the rest of the structure. He figured he could make a room about 7’x 8.' Not palatial, but plenty of space for a shriveled old lady. Uncle Larry was so inspired he ran into the kitchen and brought his wife out for a walk-through of his mental blueprint. Aunt Sally, in a semi-zombie state herself, was skeptical at first, but her husband’s enthusiasm, and the promise of a good night’s sleep, slowly warmed her to the idea.

“Alright,” Aunt Sally said, then added with her last bit of energy, “Who you gonna get to build it?”

“Oh I can build that,” Uncle Larry replied. “Piece of cake.”

The bags under Aunt Sally’s eyes grew ever darker as she starred at her husband in disbelief. But she had no strength to argue. She just turned and walked back inside the house, where she flopped on the sofa and slept until suppertime.

Oh, to have grown up Southern...

The plot thickens, as does my desire for chocolate. I may have to dash to the shop before part 3.