Days of Future Passed: The Combine and the Crow Part 3 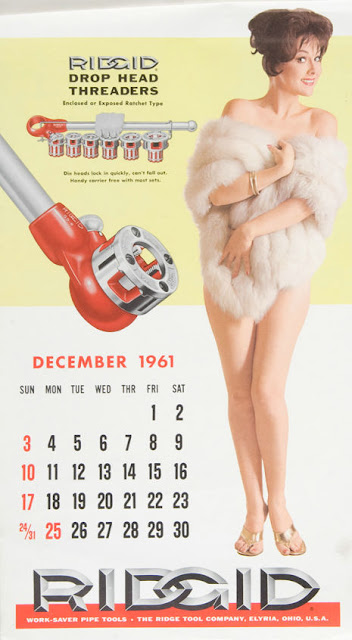 Barnwell’s Farm Supply was a comprehensive enterprise. Its pegboard walls and handmade display cases were filled with all manner of agrarian provisions, everything from plow points to fanbelts to brush mowers to seed corn. Dangling from the rafters were bib overalls and rubber wading boots, which I always found a bit creepy, as if someone, perhaps a would-be shoplifter, had been recently hanged on site. The air was always thick and musty, with acrid notes of fertilizer and sevin dust. Barnwell’s was not some frilly boutique where ladies perused Easter bonnets and handbags. No, it was a serious store for serious men seeking serious paraphernalia for serious labor. Mr. Barnwell did not care for dawdlers or browsers; he liked folks who knew what they wanted, paid cash and got the hell out.

Nailed to Mr. Barnwell’s heavy oak front door was a tin sign urging patrons to “Come On In, It’s KOOL Inside” and featuring a penguin on ice skates happily puffing on a coffin nail. Cigarette jobbers gave out mass quantities of these signs in the 1960s, promoting the idea that smoking in an air conditioned space was an essential human pleasure. As Eppie opened the door, I gave my shirt pocket a casual, nonchalant brush, just to make sure the fifty-spot hadn’t magically disintegrated during our voyage. Through some miracle, the bill was still intact and in my possession. Backed by the full faith and credit of The United States, I approached Mr. Barnwell’s walnut counter, polished to an intimidating gleam, with as much confidence as my eleven year old stride could muster.

True to his word, Mr. Barnwell had pulled the bearing from his massive archives - he even scrawled “Charlie Anderson” on it with grease pencil - and had the basketball sized device sitting adjacent to the cash register upon our arrival. After a cursory exchange of pleasantries - like most white folks, Mr. Barnwell considered Eppie just another pointless drunk - I asked “What’s the damages, Nurse?”, clutching the fifty in my hand like Liberty's torch. I’d heard my father utter that phrase a thousand times but for some reason Eppie burst into a gale of laughter.

Mr. Barnwell squinted at a cardboard tag attached to the bearing with rusty wire. “Let’s see here...that’ll be a hundred twenty-five.”

Eppie and I looked at each other in stunned silence. Dear Lord, we were done for. Here we were at Mr. Barnwell’s - to purchase an item he had personally selected for us, mind you - and we were short of funds. Yes the remainder of our grain crop was at risk, but that was just so much hard cheese compared to wasting Mr. Barnwell’s precious time and facing his terrible wrath. Surely Eppie and I would be strung to the rafters along side the ghostly hip waders as an object lesson to future deadbeats.

Sensing our dilemma, Mr. Barnwell said, “Tell ya what, I need to check on that price. Y’all go ahead and take the piece. I should have it figured out by October, tell your Dad to come in then and we’ll settle up.”

Mr. Barnwell may have run a tight ship, but it was not an oblivious one. He knew farmers were always short of cash in the summer, but autumn’s harvest would soon replenish their coffers. And my Father could always be counted on to pay his debts. I offered Mr. Barnwell the fifty as a partial payment, but he just waved it off saying that he and Charlie would figure it out later.


As Eppie and I emerged into the bright morning sun, I took a moment to bask in the relief of having narrowly avoided Mr. Barnwell’s debtor’s gallows. My reverie was interrupted by a sharp poke in the ribs from one of Eppie’s few remaining digits.

“C’mon,” Eppie whispered with a conspiratorial grin, “It's around back. You not gonna believe it. Mr. Barnwell's got a talking crow!”

We softly padded around the side of Mr. Barnwell’s establishment, where we encountered a weedy patch so overgrown with briars and brambles our shoes soon became covered with stickers and beggar’s lice. Despite our surreptitious sneaking, Eppie elected to break radio silence with words to the effect that it was ironic that a business with so many mowers at its disposal would abut to such a horticultural abomination. As we carefully picked our way through - Eppie and I shared a deep aversion to snakes - i began to wonder if a talking crow was really worth all this effort. I’d already seen the complete adventures of Francis the Talking Mule and was a regular viewer of Mr. Ed. How could a mere bird compete?

When our feet again reached blessed, comforting gravel we found ourselves at the rear of the building facing an enormous garage; its rolling doors open to the steamy summer air. This was the entrance to Mr. Barnwell’s machine shop, where farmers brought damaged or malfunctioning equipment as a last resort after all their amateurish attempts at repair had failed. Sitting nearest to the door was a John Deere tractor with its engine disassembled into several dozen pieces; the myriad components scattered about the concrete floor like a gigantic jigsaw puzzle. Off to our left a welder happily sparked away, retrofitting a tractor-friendly three point hitch onto a former horse-drawn hay rake.

This salty command, emitted in a high pitched shrill, greeted our ears as we took our first tentative steps inside the shop.

I looked over at Eppie, but he’d already succumbed to a fit of giggling more suited to a mischievous little boy than a 40 year old man.

“I told ya, Dave. Ain’t he something?” Eppie managed to say between convulsions. He then motioned me to the back wall, where we found an ornate iron cage inhabited by a lone black bird about a foot tall, sporting a bright orange bill.

“Lift the bitch up, Diddy!”

The bird’s prepared remarks didn’t end there. As Eppie and I slowly stepped closer, it became agitated and launched into a litany of foul invective, accusing famous political leaders of sexual congress with livestock, general disparagement of various ethnic groups and insistence that we insert certain objects into our most private orifices.

Eppie laughed so hard he became winded, and had to sit down amid the John Deere’s jumbled vital organs. I must admit, the bird’s grasp of non-standard English was impressive. And not just for its sheer filth, but the perfectly accented Virginia drawl with which it was delivered. But I really didn’t understand the need for all the secrecy. Frankly I heard much worse everyday on the school bus. Not every father in our community was as careful with language as my Dad. On the bus, children of potty-mouthed parents reveled in barking out the latest imprecations as a sort of fashion statement. And clearly this was not a crow, but some tropical talking bird rich people owned in the movies. Not really a big source of amazement.

But as my eyes wandered away from the continuously cussing creature, I beheld a series of images that restored my sense of awe and wonder. Thumbtacked to Mr. Barnwell’s greasy wall was a collection of musty calendar pages dating back to the 1940s, with each page bearing a photograph of a stunningly beautiful woman wearing almost nothing. Strangely, these alluring vixens were always engaged in some way with shop equipment; their bodies posed provocatively while their fingers gently caressed large hammers and wrenches. There were literally hundreds of these sheets, extending all the way to the far corner, comprising a seemingly endless gallery of lust. The WWII era pinups had attained a murky and faded patina, laden with decades of motor oil, diesel exhaust and God-knows-what. In contrast, the more recent strumpets popped from the page in vibrant, lurid color.

Although I was much too young and much too turned on to realize it, what stood before me was a naughty fantasy timeline for men of my father’s generation. The hot babes of the 40s managed to combine patriotism with a bit of innocence as they suggestively reclined on fighter aircraft while showing only modest hints of cleavage and thigh. By the 1950s, pretenses of wholesomeness were largely abandoned, as the industrious girls went about their labors clad in skimpy bathing suits and bare midriffs. This trend intensified in the 1960s, when comely female mechanics generally stopped wearing shirts altogether, and wielded their massive drill presses at increasingly scandalous angles. Suffice to say, I’d never seen such a display of bare-boob beauty before, certainly not in this quantity or quality, and intense tingling sensations began to course throughout my person.

Suddenly a gruff bellow, at a much lower pitch than the bird’s smutty squalls, cruelly diverted my attention from the trampy technicians.

“Thought you geniuses might need this. Y’all left it on the counter”

There stood Mr. Barnwell, red-faced, dripping with sweat and holding the combine bearing in both hands.

As Eppie leapt to his feet to relieve Mr. Barnwell of his heavy burden, the merchant turned to the birdcage and screamed, “SHUT UP! SHUT UP! YA STUPID BIRD!!” with a volume and stridency that would freeze August molasses. He then grabbed a weathered piece of oilcloth from a nearby shelf and covered the bird’s cage, quieting the beast and ending its spew of fetid oaths.

Eppie and I decided we’d vastly overstayed our welcome and,  to ensure our departure, Mr. Barnwell accompanied us out to the truck. Along the way, he explained how he’d spent a ruinous amount of money on the exotic bird at his wife’s insistence, but she soon tired of trying to teach it to talk. When she left for a week to visit her sister in Baltimore, he’d been compelled to bring the critter to the shop with him fearing her array of obese cats, devoid of supervision, would find it delicious. Unfortunately, during that week in the company of his mechanics, the bird’s vocal chords unlocked and, since mynahs only repeat what they hear, the creature’s brain became imprinted with the squalid profanities regularly uttered by his crew of grease monkeys. Upon her return, the horrified Mrs, Barnwell banished the bird permanently to her husband’s place of business, judging its raunchy beak unfit for her tidy Christian home. Suppose it launched into a tirade during a meeting of the Garden Club, for Chrissake?

On the ride home, my head was reeling from the morning’s decent in the hellfires of slander and seduction. Indeed, there was a whole big world out there, rife with temptation and sacrilege. At my tender age, I would soon be stepping into that world with both feet. I quickly realized I had a lot to look forward to, and I became giddy with anticipation. And with any luck, Miss March of 1965, the one with the enormous pipe benders, had saved herself for me.

How hilarious! I was sure Eppie was going to talk you into wasting the fifty somehow, but instead introduced you to a foul fowl!

Brilliant, thank you for sharing. I've said it before and I'll say it again, you write so well and can tell a fine and gripping tale.