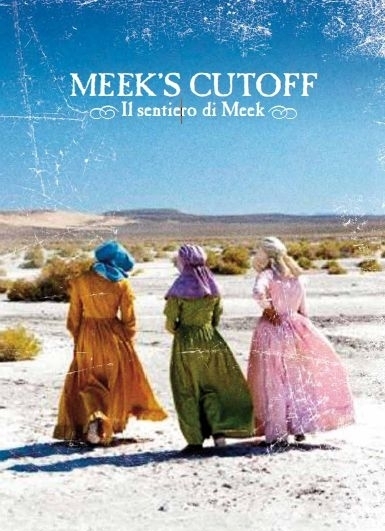 Those seeking a traditional shoot-em up will be disappointed in Meek’s Cutoff, a brooding, existentialist western from director Kelly Reichardt. Told as a patchwork of quietly desperate moments, the film is about 3 pioneer families and their meandering attempt to cross from Missouri to California, led by the shady guide Stephen Meek (an unrecognizable Bruce Greenwood) who may or may not know what the hell he’s doing. With each turn of their covered wagons’ wooden wheels, the exhausted band find themselves deeper in the barren vastness of the arid west, with dwindling supplies of food and fresh water 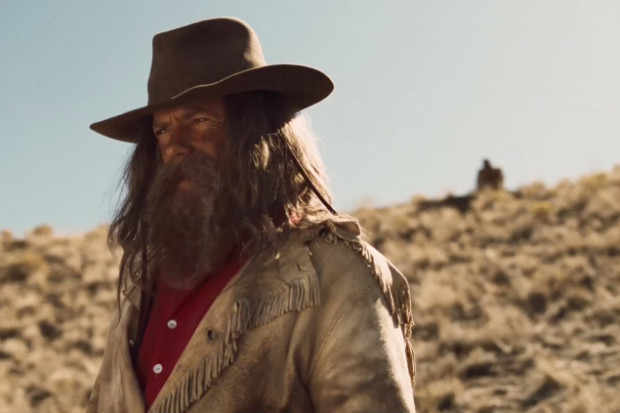 Meek’s Cutoff captures the brutal slog faced by the pioneers without a hint of the traditional romantic heroism, rubbing the dust, heat and discomfort of the undertaking deep into its characters’ faces. Along the way, young Emily Tetherow (Michelle Williams) learns a lot about the gullible weaknesses of her new husband (Will Patton), and the shadow of a massive nun-like sunbonnet cannot hide her mounting disappointment. As the wagons trudge on, Emily’s encounter with a lone Indian (Rod Rondeaux), sets off a chain of events that will prove to be the group’s salvation or its final destruction. 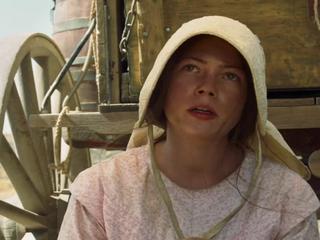 It’s always tempting - and unfair - to assume feminist messaging in a film directed by a woman, and while Meek’s Cutoff is vague and allegorical in many aspects, there’s no doubting Reichardt’s sexual politics. The upright, macho men leading this journey have made a grand mess of things, a thesis easily transportable to America in the 2000s. Meek, a grizzled Wild Bill Hickok type, may talk a good game, but when it comes to actually leading he couldn’t find his own saddle-sore butt with a flashlight. Yet, since his orders are barked in a gruff baritone, the sheepish party that hired him follows on. The men often meet to discuss strategy; their mumbled deliberations mixed low and unintelligible to both WIlliams and the audience. As circumstances turn dire, a vote is taken on how to proceed, but only the men weigh in while the women stand quietly aside. 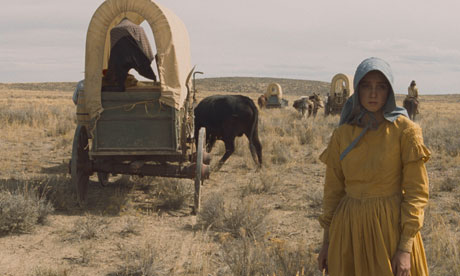 With a stylistic approach reminiscent of Malick mixed with Weerasathakul, Meek’s Cutoff ultimately asks many more questions than it answers. The pioneers, after an urgent prayer for guidance, find their quest for survival has gone beyond simple food and water as Manifest Destiny collides with the metaphysical. Their few options range from violence and xenophobia to a blind faith in the goodness of humanity. And like questions of existence, Reichardt’s final resolution may be beyond our understanding.

I like existential Westerns. I'll have to check this out.

Sounds a bit like "Little House on the Prairie meets Withnail". 8-)

RH: I think you'll like it, it really sticks in the mind

Marchie: They could have used 4 quadruple Scotches that's for sure!