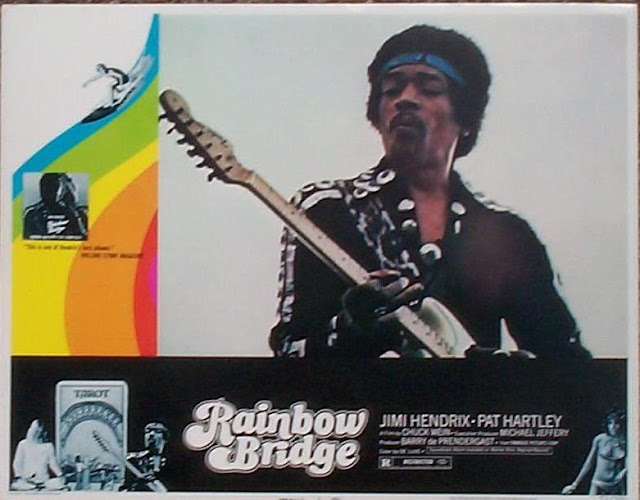 This thoroughly whacked-out documentary takes place in July of 1970, when hippies, yippies, surfers, stoners and coke sluts descended on Maui for a Jimi Hendrix concert and along the way experienced alarming levels of groovy-ness. In the early going the film centers, if such a mess can actually center, on Pat Hartley, activist and good friend of Hendrix, and her circuitous route from LA to Hawaii. She eventually arrives at an opium den called The Rainbow Bridge Planetary Meditation Center or some such nonsense, where trust fund spiritual gurus fill her mind with absurd claptrap about "Space Brothers". Much of the film is devoted to this cosmic chin music, as various hipsters weigh in with their pharmaceutical-inspired opinions on a full spectrum of topics. As a reminder of how little progress the environmental movement has actually made, it was quite sad to this reviewer to hear conversations about the destruction of the Earth that sound as though they could have been recorded last week. 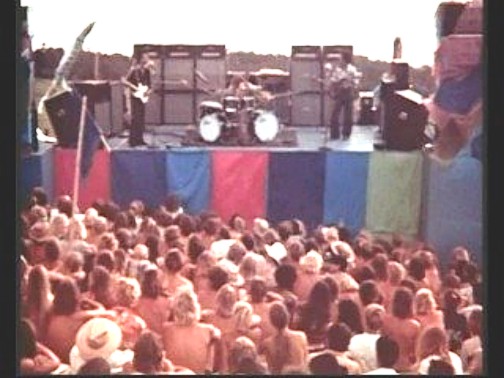 Finally, the long (and I do mean long) awaited concert begins, and its fairly brief, poorly shot and muddily recorded. Yet it has a surreal, mystical quality about it, as if we are witnessing the burial of a generational time capsule; its contents far beyond the abilities of any future society to fully understand. After the show, Jimi himself repairs to the Center where he expounds on a few theories of his own, and its clear from his rambling diatribe that he is under the full effect of the drugs that would kill him a mere 6 weeks later. 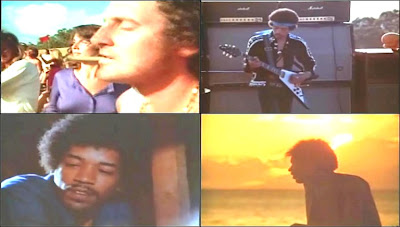 Despite all the unlawful substances floating around, "Rainbow Bridge" does have an appealing air of innocence about it and, one must admit, documents what must have been a helluva good time. Its a strangely interesting, if often incoherent, look at a time when we were much too mellow to care about things like interest rates. And in today's world, that's awfully refreshing.

I bet there's better Hendrix shows out there. Hendrix at Monterrey has got to be one of the best. And one from 1973 called Jimi Hendrix on Netflix disc is fantastic.

A lot of that sounds like Woodstock with all the interviews with the stoned out kids sounding like idiots. I'm simultaneously bored and fascinated.

Holy cats - a blog that includes Withnail, Catwoman, recipes, movie and book reviews, and references to mead? Where have you been all my life? 8-) Adding you to my blog list in three... two...

Retro Hound: You're right. I've seen the 73 Jimi Hendrix and it's great.

Marcheline: Returning the favor. Your blog is fabulous! Thanks

Hi Bunchie, Thanks for your comment on my Cinema Ritrovato posts at EFSP. Just returned from Italy, where we also visited Mantua and Verona. I like the way Starworld develops. Keep up the good work! Bob