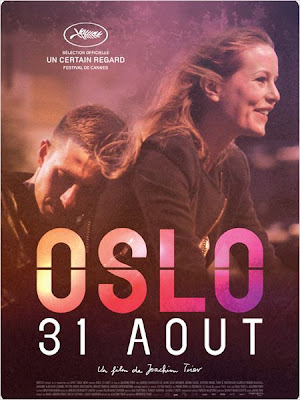 Joachim Trier’s Oslo, August 31st is the antithesis of the seasonal blockbuster, but this brooding portrait of a recovering drug addict will remain in your mind long after memories of summer’s superheroes have faded. Trier has created a simple tableau that stirs the emotions in ways that are simultaneously subtle and explosive, leaving audiences - and his battered protagonist - wrenched of feeling and robbed of all but the most basic human instincts. Fortunately Oslo, August 31st is a work of fiction. If it was the documentary it often resembles, the film would be too much to bear.

Here we experience a momentous day in the life of Anders, a 34 year old recovering heroin addict played to deeply damaged perfection by Anders Danielson Lie. Given a day pass from his treatment center for a job interview, Anders ventures out from the leafy green healing cloister and reconnects with some old friends in downtown Oslo. Through their wary - often painful - interactions, Trier builds Anders’ backstory brick by brick, and the true cost of his years of addiction is made heartbreakingly plain. While his old party buddies have moved on to careers, families and futures, Anders faces a daunting lifelong struggle to remain clean. As we learn more about the emotional wreckage caused by Anders’ years of high living, a shocking scene early in the film is given clear context. His current challenges combined with guilt from the past have drained him of hope and spirit. Anders must now decide if such a life is worth living. 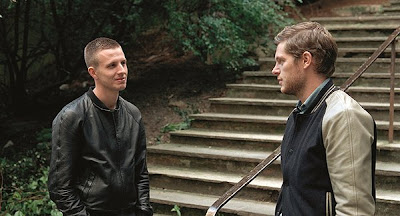 Lie has mastered the agonized empathy he sought to convey in Trier’s previous feature Reprise, and here he manages to dominate scenes while appearing to mentally withdraw from them. His deep set eyes provide a direct sight line to his soul, while the dry smile he offers up to his old friends imparts the sadness of wasted years. Constructed as a series of set pieces, Oslo, August 31st offers Lie plenty of showcases, and he delivers with skill and assurance. The long awaited job interview reveals his confusion and contradictions in a harrowing display of self loathing, while his pathetic attempts to revive an old love are undone by a mixture of pride and shame. 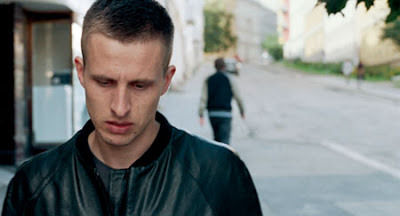 Trier provides no easy excuses for Anders, who over the course of the film is able to forgive everyone but himself. The depth of his pain far exceeds mere drug addiction, and the world’s library of recovery psycho-babble offers him no solace. Anders eventually returns to his childhood home, where disheveled ghosts of lost happiness await him, and a dead key on an out-of-tune piano becomes a catalyst for a fateful decision. Oslo, August 31st is a film of simple, modest visuals that traffics in cold and uncompromising psychology. And, like its junkie main character, it doles out the profoundly real in ever more disturbing and dangerous doses.