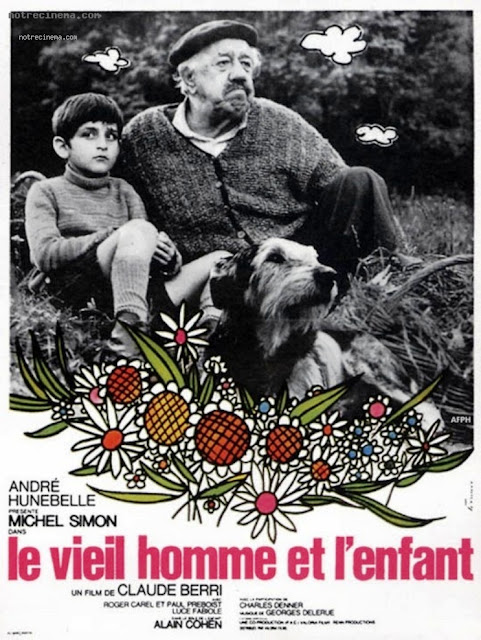 Claude Berri’s The Two of Us is a charming and sentimental comedic drama set in occupied France during WWII. Here, a rambunctious Jewish kid from Paris (Alan Cohen) is sent to live out the war in the relative safety of the countryside near Lyon. With the Nazi occupation, Cohen’s parents have seen the writing on the wall. Life in Paris is consumed by tension and dread, and they would prefer their son spend his childhood chasing butterflies instead of fleeing bombs. 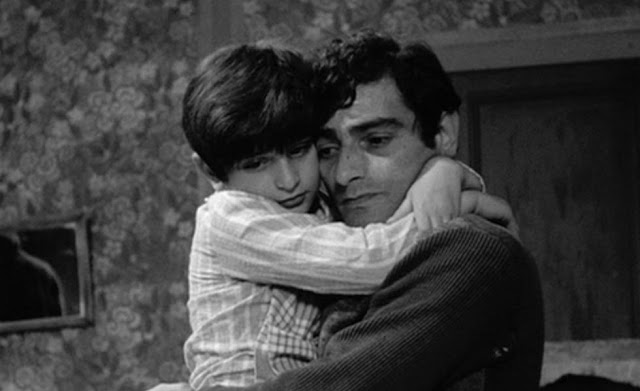 Young Cohen is placed in the care of an elderly couple (Michel Simon, Luce Fabiole) whose rough hewn, rural ways are quite the eye-opener for this city kid, giving the film plenty of humorous culture shock. While Parisians face the terrors of violence and death camp deportations, Cohen’s new village is chiefly concerned with head lice, and local kids are comically subjected to daily hair inspections. 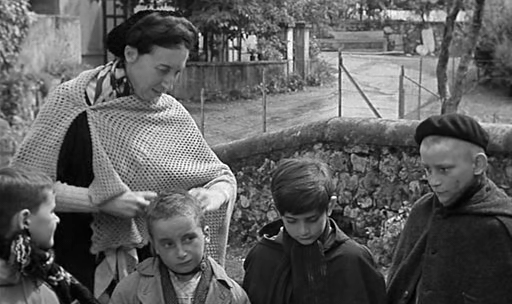 But The Two of Us is really the story of the unlikely bond that develops between Cohen and Michel Simon as his foster grandfather named Pépé. Simon’s character is a gruff pensioner - a sort of Gallic Archie Bunker - who despises Englishmen, Jews and Russians, in that order. While Cohen keeps his origins a secret, he and Simon slowly overcome their 70 year age gulf as they provide each other with inspiration and a path to redemption. The crusty Pépé begins to see his own long-lost childhood in the boy and, in his dwindling days, embarks on a cheerful voyage of self discovery as he teaches young Cohen a few important life lessons. 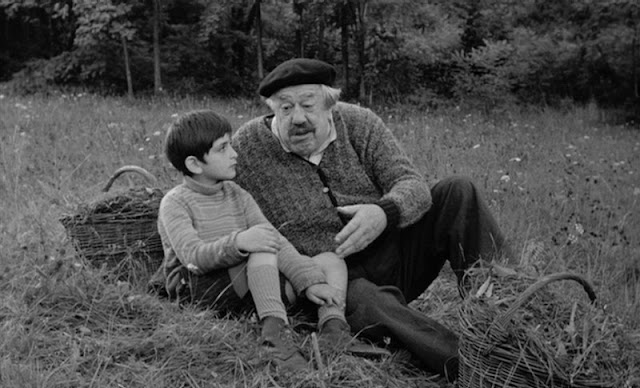 The film is a tour de force - there is no other way to describe it - for Michel Simon, proving once again why he was considered acting royalty in France. His reading of Pépé remains lovable and bouyant despite a few crabby and ugly moods along the way. Simon starred in well over a hundred films throughout his long career, many of which have attained the stature of European classics. For director Claude Berri, The Two of Us was his first feature length film. A year earlier, he had won an Oscar for his short Le poulet (1965), and The Two of Us proved that his success was no fluke. Berri would also go on to a stellar career in the industry, scoring major international hits with Jean de Florette and Manon of the Spring 20 years later.
at March 29, 2017