The Battle of Algiers Turns 50 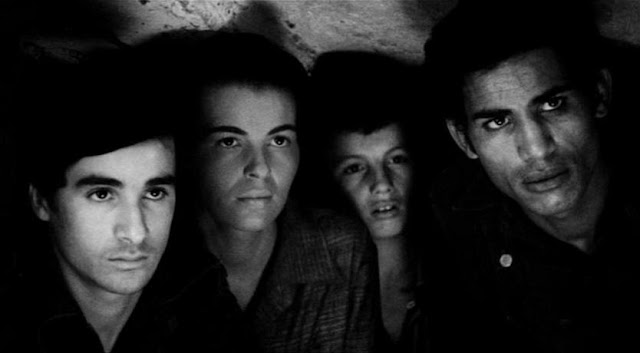 Gillo Pontecorvo’s The Battle of Algiers (1966) has the look and feel of a distant time and place, yet it depicts harrowing events that could have been torn from today’s headlines. It’s the story of the early days of Algeria’s struggle for independence from France, and the deep seated anger and resentment that simmered within the city’s muslim population against their French occupiers. When a group of disaffected young men led by Ali (Brahim Hadjadj) begin a series of random shootings of police officers, their campaign of terror rapidly escalates to well-planned bombings of crowded cafes and government offices. Eventually, a highly decorated French colonel with a reputation for ruthlessness (Jean Martin) is brought in the quell the violence, and all hell breaks loose.

Filmed in stark tones of black and white, The Battle of Algiers offers the viewer a stunning, immersive experience. In the sequence that ends act two, the terrorists decide to execute a ghoulish series of simultaneous bombings. As we see their meticulous planning and perfidy, nail biting tension builds to nearly unbearable levels. But Pontecorvo is careful to be even-handed in his presentation, and we see that both the police and the rebels are capable of despicable acts leading to the slaughter of innocents. The film was screened at the Pentagon by the Iraq War braintrust in 2003 as an illustration of how to put down a civilian rebellion. Its lessons may have been learned too well, as the film’s graphic depiction of torture techniques - including waterboarding - soon became standard practice for the American occupation. The other side may have been inspired by the film as well, as the recent truck bombing in Nice looks a lot like an attack in the film’s closing minutes. 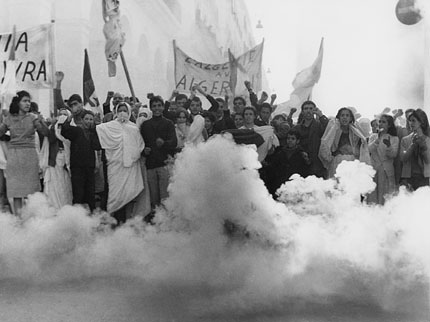 In an interview in Rolling Stone in 1975, Marlon Brando described Gillo Pontecorvo as “the best director I ever worked with,” (the pair had teamed on “Burn!” in 1969) placing the filmmaker in heady company. The Battle of Algiers is rife with beautifully constructed sequences that rank with the very best thrillers, stirring deep wells of suspense and dread within the viewer. It is a film that will leave you emotionally exhausted, not only from the violent struggle on screen, but from the realization that the conflict between Islam and Christendom has made so little progress over the last 50 years. In fact, it’s only gotten worse.
at September 12, 2016