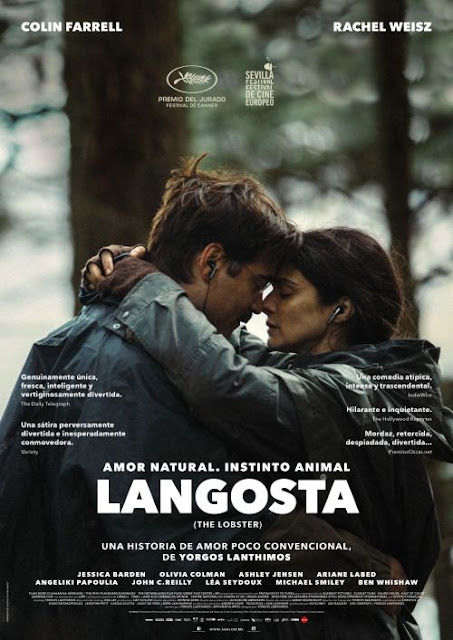 The Lobster (2015) ✭✭✭ is a surreal slice of life, set in a society eerily similar to our own but with zero tolerance for unmarried adults. Here a recently divorced architect (Colin Farrell) is sent to a posh resort hotel where he is given 45 days to find a mate or else he will be transformed into an animal of his choosing. From these bizarre underpinnings, director Yorgos Lanthimos crafts an off-kilter world that is by turns amusing and horrific. Along the way, there are plenty of metaphorical jokes on the nature of relationships, and the purely biological urges that drive humanity's ethereal notions of romance.

Lanthimos clearly loves the sight of blood, both human and animal, and the film's execution was a little too gory for my taste. But I generally enjoyed the film and will probably watch it again, for it is filled with all kinds of subtle jokes and nuances. The director's previous film Dogtooth had a similar effect on me, and there's something to be said for a film that's simultaneously fascinating and repulsive. Now playing in select theaters. 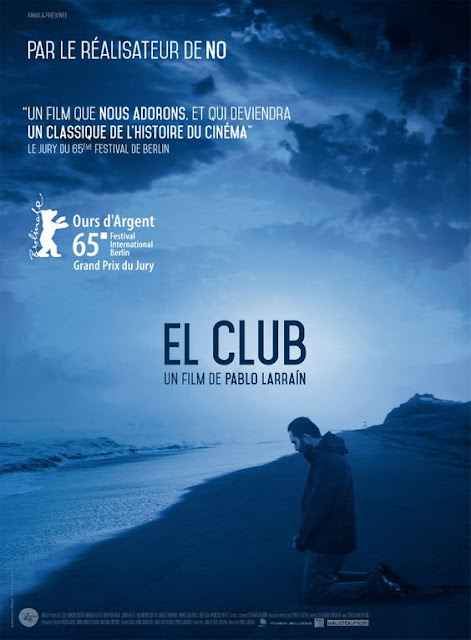 The Club (2015) ✭✭✭✭ is a film as brutal, bleak and dire as its subject. It deals with a group of pediphile priests who have been banished by the Church and quietly stashed away in a remote Chilean fishing village. There, the men have languished for decades in a crumbling old house, forbidden to make contact with the outside world. When a Church inspector (Alfredo Castro) insists the house be closed, the former priests must confront their heinous pasts, and the wall of denial they have built around themselves begin to topple.
Although its exterior is placid to the point of torpor, this is a psychologically intense film and no character, man or beast, is ultimately spared the wrath of evil. It will make you feel sad, enraged and hauntingly unnerved. And it bravely states in no uncertain terms that the Church, just like its victims, will never fully recover from this scandal. On Netflix Blu-ray. 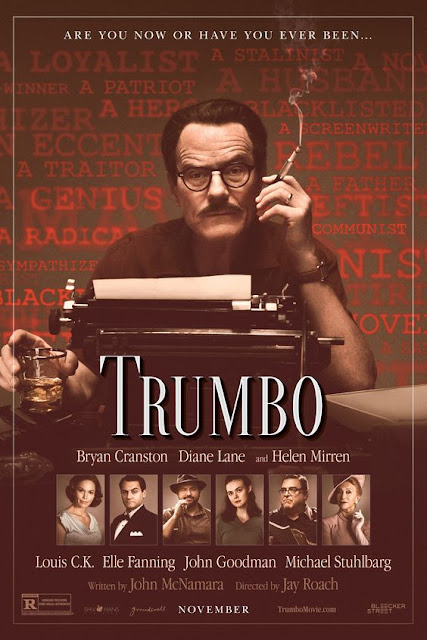 Trumbo (2015) ✭✭✭✭ is a well made, highly entertaining look at a disgraceful period in American history. Bryan Cranston is hypnotic as the A List screenwriter whose life and career were ruined by fear-mongering politicians and Hollywood's own self-promoting moralists. But he refuses to be a victim, and devises a scheme that will soon bring him even greater success and notoriety. Excellent pacing and production design bring the 1950s to life through countless period details. Cranston received an Oscar nomination for this performance. Highly recommended. On Netflix Blu-ray.
at June 01, 2016

My colleague told me that The Lobster is a great film too. Another oner on my must-see list. Thanks!