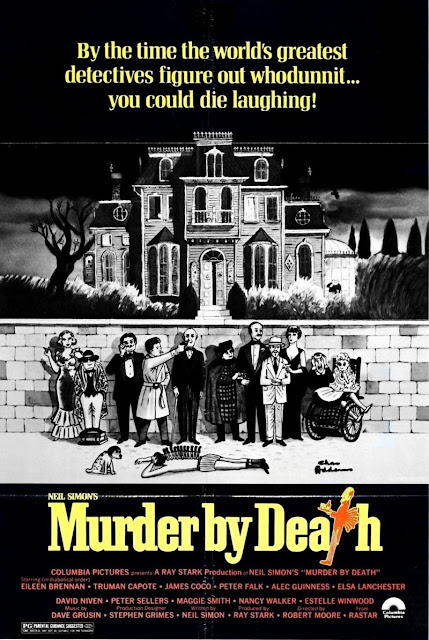 Fans of classic mystery novels will enjoy Murder by Death, a star-studded Neil Simon romp from 1976. Here viewers will find thinly disguised versions of some of the greatest detectives from popular fiction, all gathered in a creepy old mansion to solve an absurdly convoluted murder case. Appropriately, these storied figures are portrayed by some of the era’s most notable comedic talents, who bring Simon’s droll script to delightful life. 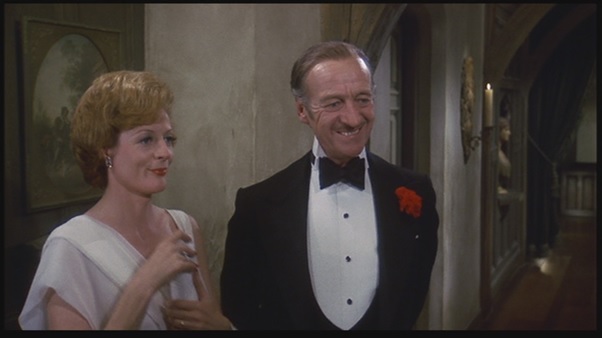 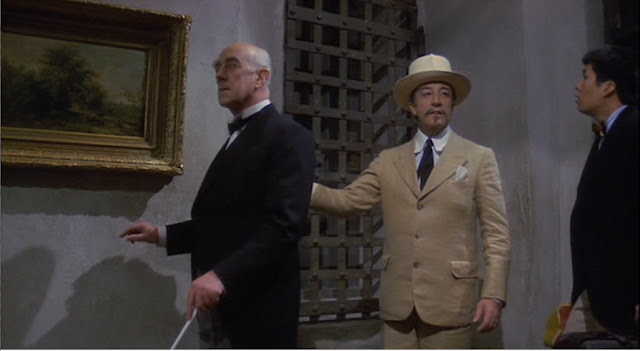 Peter Sellers, David Niven, James Coco and Eileen Brennan lead the stellar cast, leaving few set pieces unchewed in the process. The film also features a brilliant turn by a young and sexy Maggie Smith, who delivers her double-entendre laden dialogue with a dirty minded panache. Also of interest is an impossibly young James Cromwell as the assistant to Coco’s ersatz Poirot, complete with a campy French accent. But it’s Peter Falk as an in-the-closet revision of Sam Spade who ends up stealing the movie, and ultimately bringing down the house. 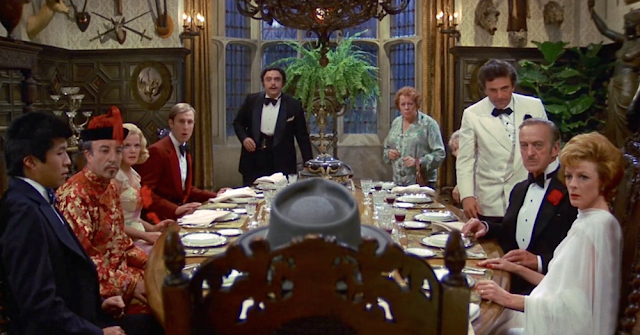 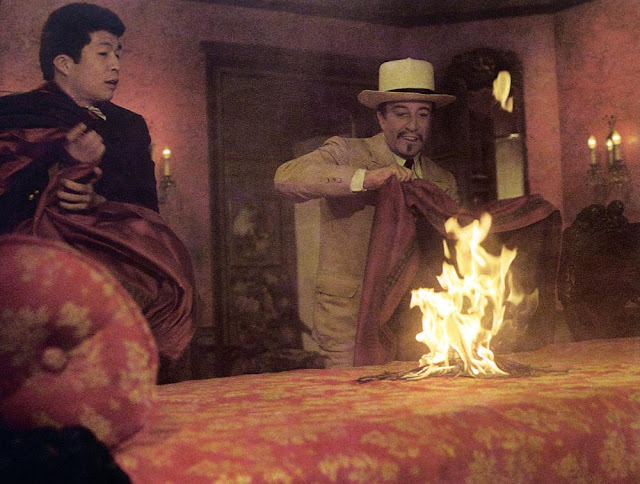 Murder by Death is a bit uneven - each luminary is given a chance for his or her own comedic mad scene and the pacing suffers as a result - but when Simon’s jokes are on target it’s hilarious. But enough of my prattling. I’ll let Mr. Simon’s own razor wit do the heavy lifting:

Falk: “Who would steal a dead man’s clothes but leave the body?"
Niven: “Perhaps some deranged dry cleaner.”

Sellers: “No pulse, no heartbeat. If condition does not change, this man is dead.” 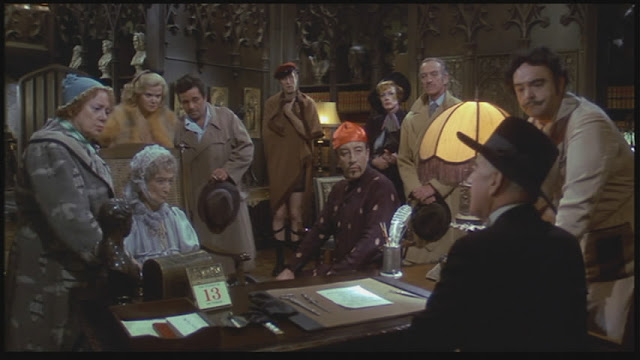