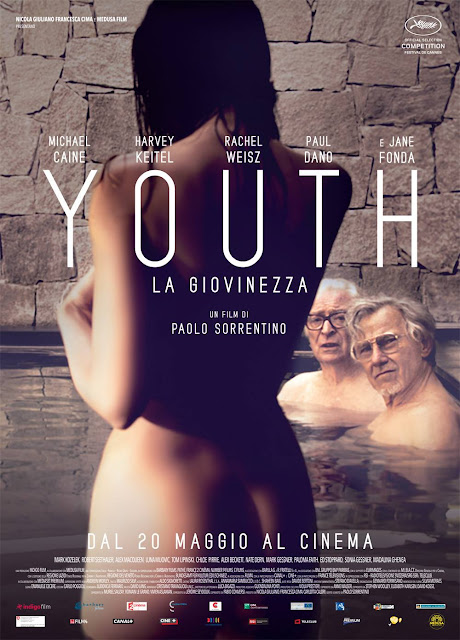 Paolo Sorrentino’s Youth (2015) is an extraordinary motion picture and one of those rare films that transports the viewer to a blissful state. This follow up to Sorrentino’s outstanding The Great Beauty (2013) delivers on all levels, and achieves the same surreal atmospherics laced with penetrating observations that distinguished its predecessor. Youth’s comparative lack of critical acclaim is a mystery to this reviewer, as to my mind these two pictures represent the apex of filmmaking in the barren decade of the 2010s. As the movie industry chugs forth with prequels, sequels, superheroes and other cinematic puke, it’s cosmic justice that we have Paolo Sorrentino to balance the scales a little bit. 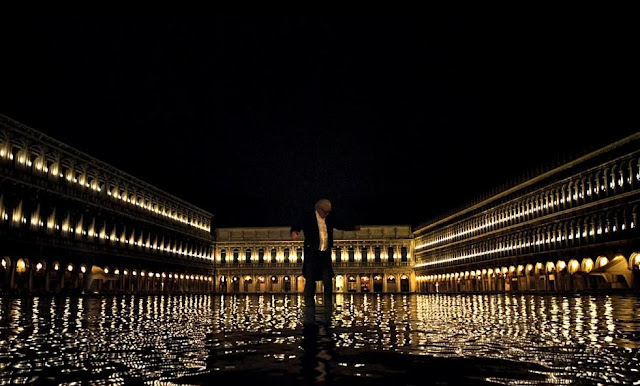 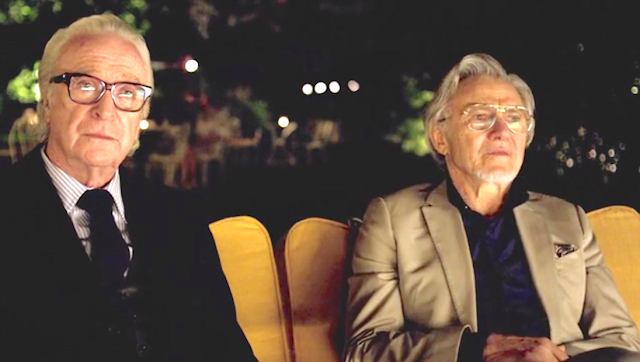 Like The Great Beauty, Youth deals with the metaphysical musings of a gentleman of a certain age: retired composer and conductor Fred Ballinger (Michael Caine) who seems quite happy to be done with the music business. Set in the Swiss Alps at a tony resort so elegant and refined it feels like a mausoleum, Fred wanders the marble hallways and manicured grounds with an air of placid satisfaction. Also at the resort is his lifelong friend Mick (Harvey Keitel), a burned out film director who has holed up with a team of young, fuzzy cheeked writers in an attempt to launch one more big budget project. One day Fred is visited by a nervous, pasty emissary from Buckingham Palace (Alex Macqueen) hoping to nudge the conductor back into the spotlight for a command performance. Fred firmly and steadfastly refuses, and not even a veiled offer of knighthood can sway him. The balance of the film will be devoted to uncovering the mystery of Fred’s recalcitrance, revealing the deepest recesses of his soul in the process. 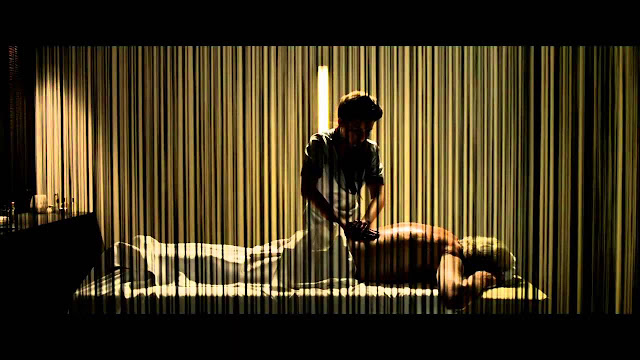 Along the way there’s plenty of room for Sorrentino’s patented delightful digressions, as viewers become acquainted with the resort’s murky array of oddballs. As we are treated to these characters’ reveries and regrets, the priorities of modern existence are shown to be flimsy piffle built on wet sand. Paul Dano has a minor part - but as usual he nearly steals the picture - as a Hollywood actor researching an upcoming role as Adolph Hitler. His appearance at dinner in full makeup offers a stinging metaphor on the nature of the 1%, and history’s tendency to repeat itself. 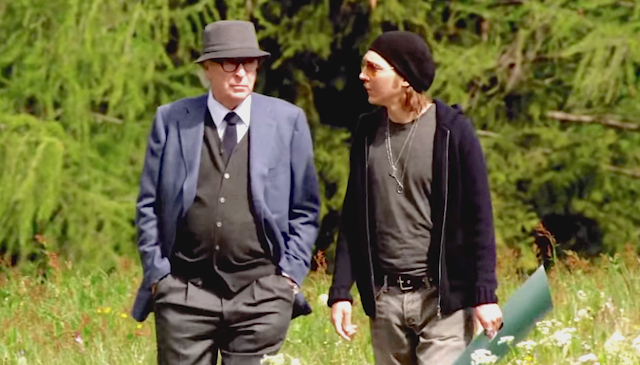 Some of the film’s best scenes take place along a country road, presumably leading from the resort into town. There, amid buzzing cicadas and abandoned barns on the verge of toppling, epiphanies occur by the bushel, as Caine and Keitel each have transformative Damascus moments where once reigned only drudgery and hard labor. Fred’s visit to a nearby cow pasture, where we learn he has not completely lost the conducting bug, is a wondrous montage set to bovine music of the spheres and alone is worth the price of admission. Speaking of music, Sorrentino has assembled a wonderful soundtrack for his esoteric epic. Comprised of a wide variety of styles and artists, along with some original modernist compositions by David Lang, the musical moments of Youth truly seer into the psyche.

Eventually, Caine and Keitel each gain valuable perspective on their true places in the universe, and proceed to the remainder of their lives both chastened and liberated. Caine will confront a challenge he has staunchly avoided, while Keitel gets a surprise visit from an old colleague (Jane Fonda) whose acid tongue promptly remedies his advanced case of anal-cranial inversion. Like life itself, Youth doesn’t so much end as simply evolve to a new stage and a new season. As the chilly breezes of approaching winter scatter the principals from the resort, viewers will find awakening from Youth’s powerful spell divinely discombobulating.
at April 19, 2016

Awesome! Hope my library will carry this one.