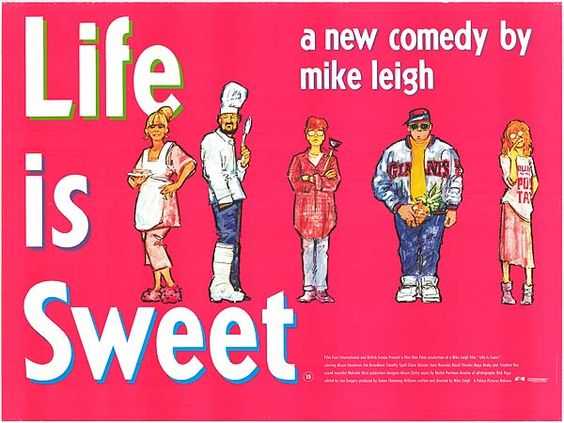 Life is Sweet is the prototypical Mike Leigh film, embodying all that is right and good about the early phase of the director’s career. Before he branched into darker themes and period pieces, Leigh made his name with sharply observed comedies depicting ordinary working class Brits getting on with their lives, complete with tender hopes and twinkly dreams undashed by Thatcher’s experiments in Social Darwinism. Leigh’s two films from 1988, High Hopes and the made-for-TV The Short and Curlies, used lightness and eccentricity to celebrate the daily heroism of the masses and to individualize the tough slog faced by the young and unremarkable. 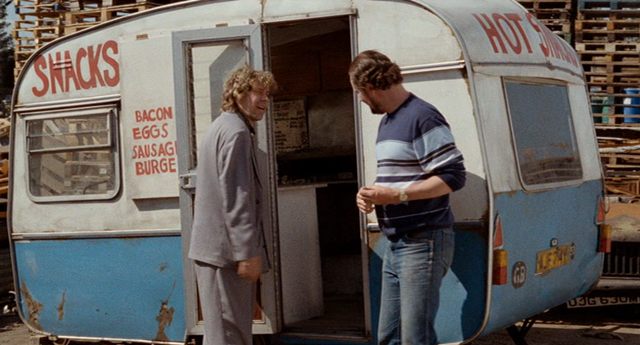 Life is Sweet applies Leigh’s effects to a more mature family, led by 40-ish hotel chef Andy (Jim Broadbent) and the effervescent Wendy (Alison Steadman) who holds down a variety a part time jobs. Still at home are their university-age twin daughters: the studious, well adjusted Natalie (Claire Skinner) and Nicola (Jane Horrocks), a snarling, bulimic layabout full of blind, unfocused rage. One fine afternoon, Andy leaves their humble North London townhome to visit a scrapyard with his childhood friend Patsy (Stephen Rea), an amiable ne’er-do-well with a deep fondness for ale. There, Andy acquires a rusting abandoned food truck - years before such an idea was trendy - with misty visions of finally going into business for himself. 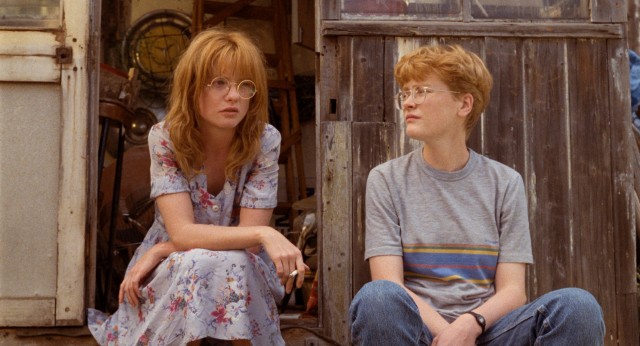 While Andy’s scheme is greeted with skepticism, it serves as a sort of slow motion catalyst for Leigh’s widening web of offbeat character sketches. Along the way, viewers are introduced to Aubrey (Timothy Spall), a former coworker of Andy’s who is now about to open his own tragically hip bistro, featuring a menu so exotic it’s downright stomach-turning, and a thuggish young loser (David Thewlis) who casually endures a bit of rough stuff sex with Nicola every Wednesday afternoon. Through a number of meandering, but delightful, digressions - in Leigh’s best work digressions are the building blocks of narrative - the film’s collection of snapshots form a rich and compelling album of life as Britain's tumultuous 20th Century draws to a knackered close. 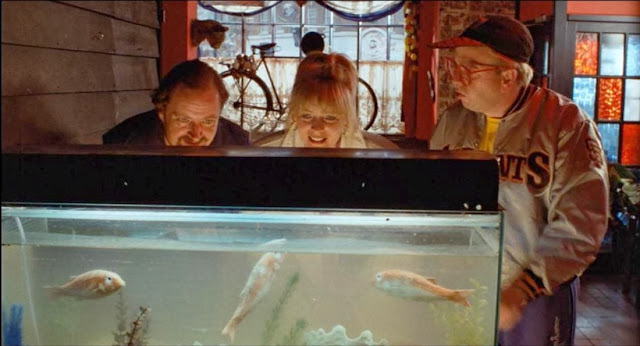 In typical Mike Leigh fashion, Life is Sweet rises and falls on the strength of its characterizations and happily the film offers acting splendors aplenty. Steadman (the then Mrs. Leigh) creates marvels as Wendy, adopting the permanent, slightly annoying chuckle of matriarchs who have seen it all, and must adopt sunny attitudes just to remain sane. Viewers who know Jane Horrocks mainly as the uber-ditz Bubble from the Britcom Ab Fab will be shocked at the blackhearted textures she achieves here. Horrocks pushes the character right to the edge of cartoon, then deftly backtracks as her immeasurable insecurities eventually tumble out like potatoes from a torn sack. 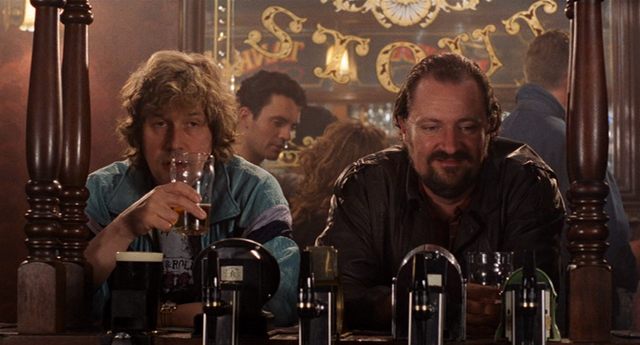 Broadbent and Rea, both veteran character actors in the midst of career breakthroughs, bring subtle flavors to their camaraderie that make any notions of backstory superfluous. Through tossed away line readings and abrupt intonations, the pair evoke the muscle memory of a lifetime of shared experience. One boozy night in a smoky pub the men hold forth on the great footballers of their youth and mourn the sport’s heroic history lost in time’s relentless drift. Despite the scene’s comedic tenor, and their buzzed stupor, Broadbent and Rea experience a universal passage toward mortality: that moment when sports fans realize that star athletes are now much younger than them. 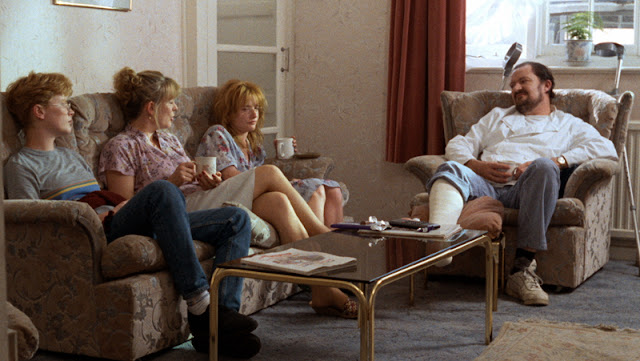 Mike Leigh’s vibrant realism is accomplished the old fashioned way, through clever, perceptive writing and painstaking immersion in character. He has never resorted to bouncy cameras or other documentary style shorthand to sell audiences his bill of goods, but trusted only actors and text to structure worlds so common and familiar they unnerve. The homey flesh and blood creations of Mike Leigh seem to live just down the street, whether that street is in London or Lubbock. Life is Sweet finds this unique auteur at the top of his game and viewers will be entranced by the film’s densely dimensional characters and warmed by its fully human glow.
at March 25, 2016