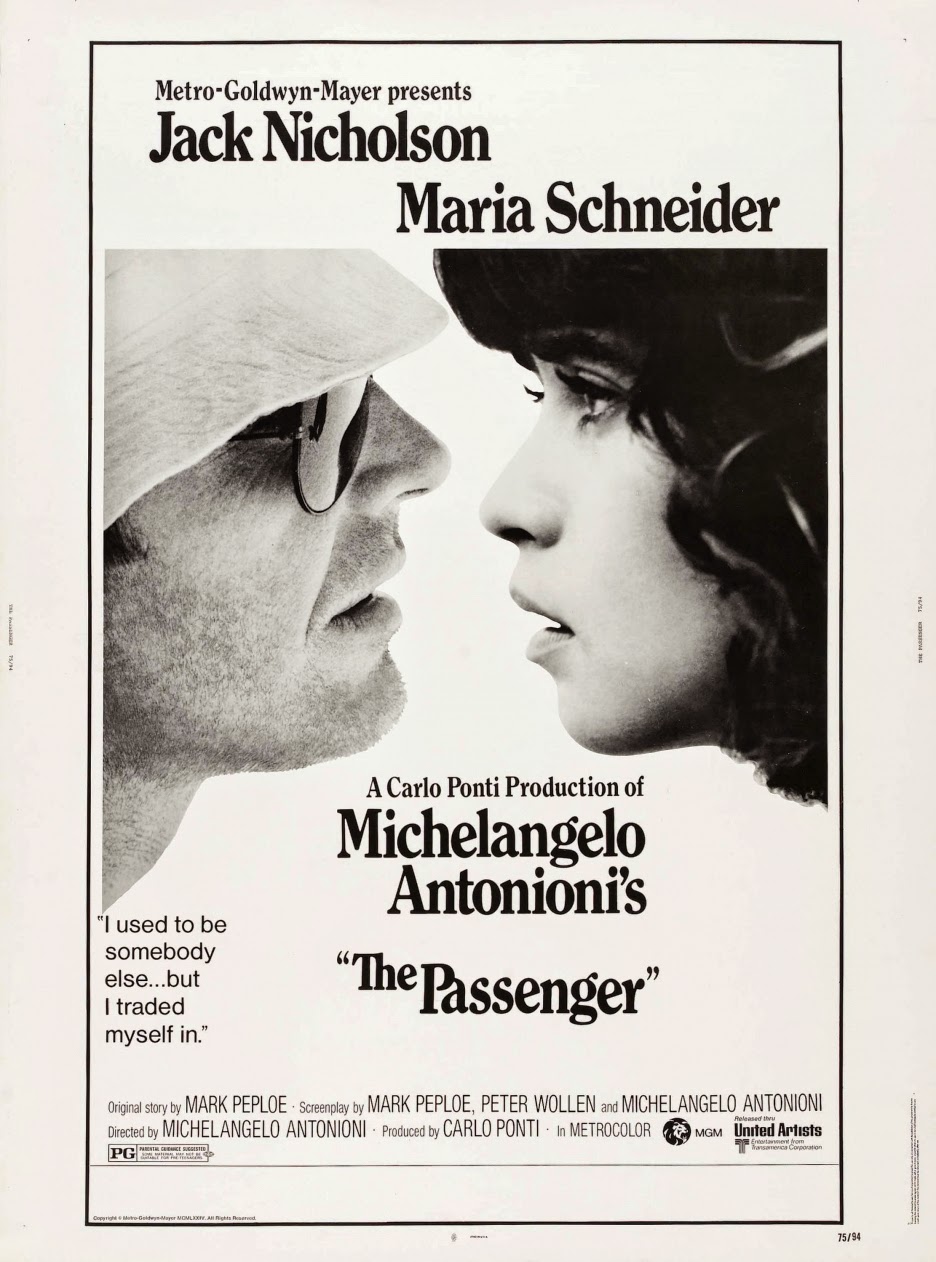 Released 40 years ago, Michelangelo Antonioni’s The Passenger stands as one of the director’s most accessible films, and after Blow-Up and Zabriske Point, serves as a fitting conclusion to his flirtation with English language cinema. Based on a script by Mark Peploe, who would go on to win an Oscar for The Last Emperor in 1988, on paper The Passenger resembles a fairly conventional thriller, equally suitable for Hitchcock or Lumet. But, just like Polanski had done a year earlier with Chinatown, Antonioni’s unique vision lifts the film beyond its potboiler origins and into rarefied aesthetic air. 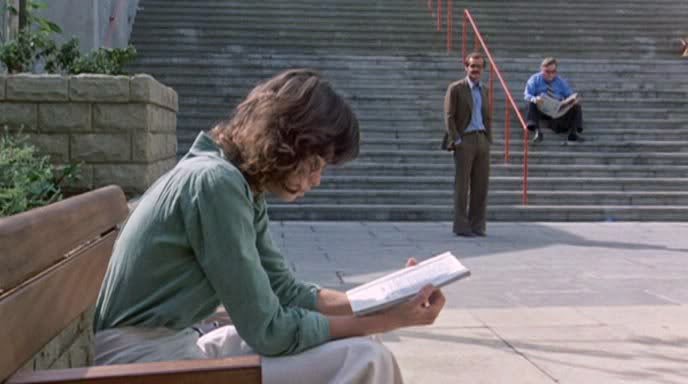 The Passenger deals with a case of identity theft, long before such practices were common, as a disgruntled reporter (Jack Nicholson) steals the passport of a deceased colleague in hopes of disappearing from society. But as Nicholson learns more about the mysterious man behind his new identity, his reporter’s instincts kick in and soon Nicholson finds himself in the middle of a deadly ring of international arms smugglers. With an equally mysterious young beauty (Maria Schneider) in tow, Nicholson’s pursuit of the truth leads him from Saharan Africa to Germany to Spain, where the hunter ultimately becomes the hunted. 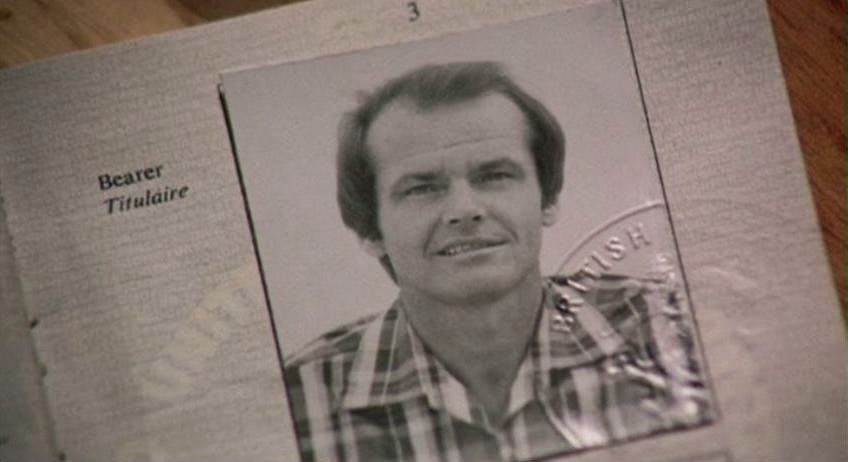 Throughout the film’s globetrotting shifts, Antonioni’s signature ability to evoke lonely atmospheres remains a constant. Whether it’s the parched landscape of Algeria or the whimsical Gaudi structures of bustling Barcelona, viewers will find the same sense of loss and alienation that pervades Antonioni’s Italian films of the 1960s. In much same way that Orson Welles transformed Touch of Evil from crude to classic in 1958, Antonioni’s flourishes bestow The Passenger with a beauty and sophistication beyond its pedigree. 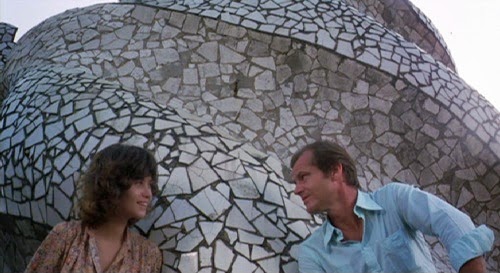 Ironically, when The Passenger was conceived Schneider was a much bigger star in Europe than Nicholson, and the film’s original title, Professione: Reporter, was changed to imply the young starlet had a beefier role. Two years earlier, Maria Schneider caused a sensation when she bared her soul - and much more - in Bertolucci’s erotic masterpiece Last Tango in Paris. Nicholson had just stepped off the set of Chinatown, which was in post-production during the filming of The Passenger. As Nicholson sweated in the African sun, he had no idea of the Oscars and accolades that would greet his return. From this point on, the two actors would move in polar opposite directions, with Schneider’s blossoming career ruined by drug abuse and outrageous public behavior, while Nicholson would go on to be the most sought after talent in Hollywood. 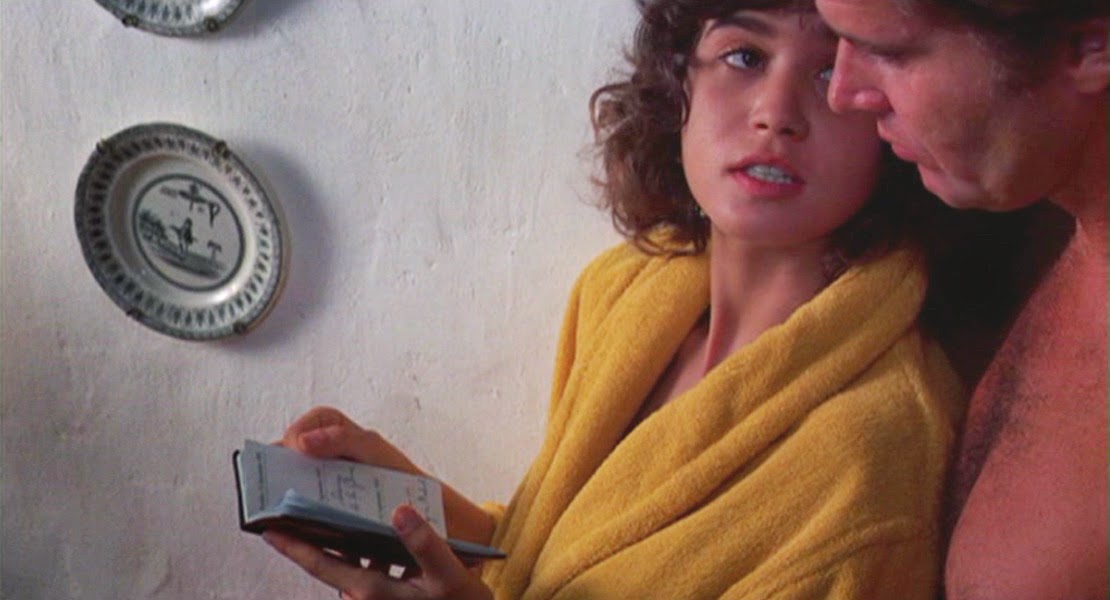 First saw this projected in 16mm in the basement of a local college. I always found this and The Sacrifice to be genuinely hypnotic films.

This autumn there will be an Antonioni retrospective at the Eye Film Institute in Amsterdam. I am looking forward to see all his films then.