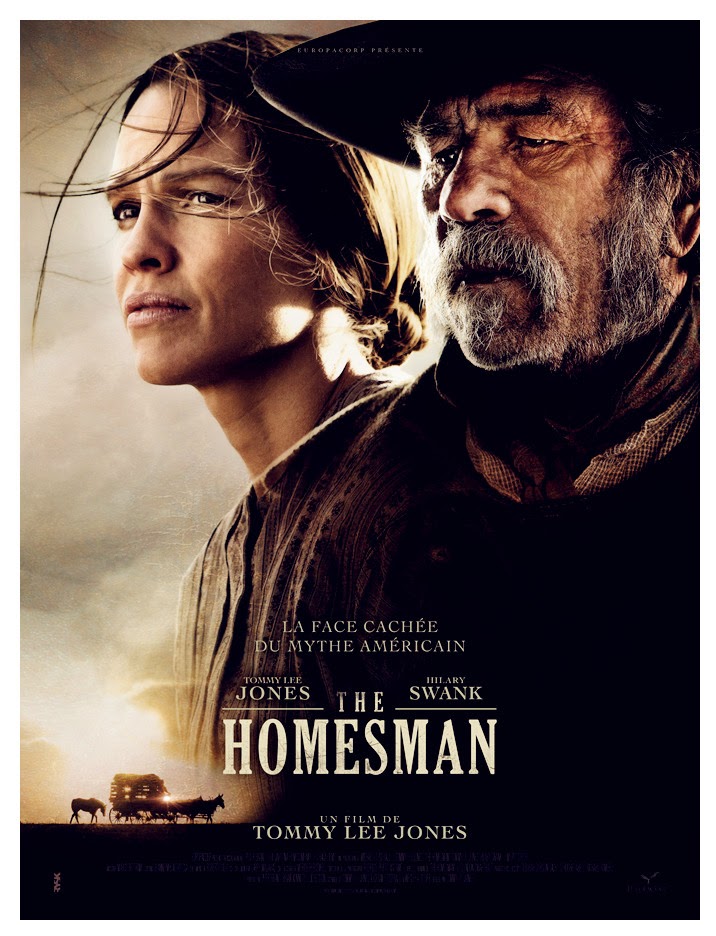 Tommy Lee Jones’ The Homesman (2014) ✭✭✭✭ is a weirdo Western that shakes, sputters and quivers its way to a rewarding entertainment. It has a concept ripe for soapbox musings on the politics of pioneer feminism. But it never really goes there, opting instead for an adventure yarn laced with an odd sense of dizziness. The Western has proven over the years to be a highly pliant genre, equally suitable for singing cowboys, breathless shoot’em ups or eccentric existentialism. The Homesman has moments that run this gamut of narrative styles and possibilities, making it a difficult film to pigeonhole and categorize. 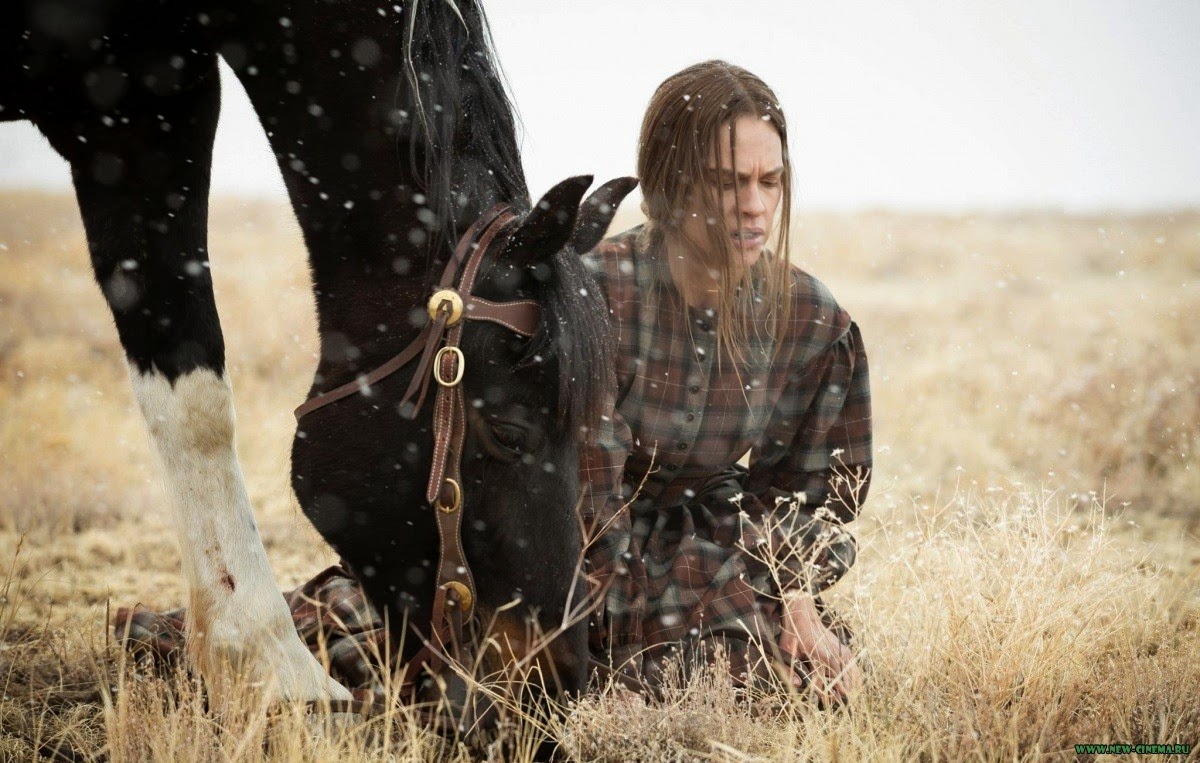 Parts of it are also difficult to take seriously, as the script requires us to believe that Hillary Swank’s Mary Bee Cuddy, a successful lady farmer on the weedy desert of the Nebraska territory circa 1850, is just too “plain” to get a man. Bear in mind this is homesteader country we’re talking about, with livestock being about the only other romantic option for local sodbusters. Adding to her charms, Ms. Cuddy still has her wits about her, whereas the same cannot be said for three young wives in the community (Grace Gummer, Miranda Otto and Sonja Richter) who have been driven mad by the hardships of frontier lifestyles.

Cuddy embarks on a journey to haul these deranged souls to civilized Iowa, where various do-gooder outfits have agreed to care for them. Along the way she encounters George Briggs (Tommy lee Jones), a suspected claim jumper and recent victim of vigilante justice. Having no other options, Briggs joins Cuddy on her fortified wagon for a trip from one type of madness and into another. Once The Homesman finally settles into a road movie - or a rutted trail movie to be precise - it casts a hypnotic rough hewn web, weaving the dried scrub brush of the plains into a stage for Jones and Swank’s erratic relationship.

Jones’ previous directorial effort, 2005’s The Three Burials of Melquiades Estrada was also a horse opera with esoteric edges. Although set in the present day, that film was a mixture of wonderful moods and moments occasionally interrupted by strange narrative inconsistencies that nearly ruined the movie. The Homesman too has its share of awkward scenes, but eventually coalesces into an engaging harmony. At this point in his directing career, Jones is like a slugger who either strikes out on three pitches or hits a home run. But here he shows flashes that he can learn to hit for average, at least in scenes where he directs himself. The Homesman runs into trouble with scenes that involve the three crazy women - who never seem sure of how far to push the envelope - and a hammy performance by James Spader (am I being redundant?) as a mysterious entrepreneur with an equally mysterious accent.

The film’s final act is its best, as Jones toys with the idea of reinventing himself after being seduced by the splendors of small town life. The Homesman becomes a sort of anti-Western, as Jones warns a blasé young chambermaid (Hailee Steinfeld) about the perils of the plains. Briggs has seen a lot of heartbreak and shattered dreams on this mortal coil, and has recently witnessed and made his own contributions to the ongoing misery. But dreams - sweet or nightmarish - are nothing but illusions and soon he is back in his hardscrabble comfort zone, with the meandering Missouri serving as a suitable stand in for the River Styx.