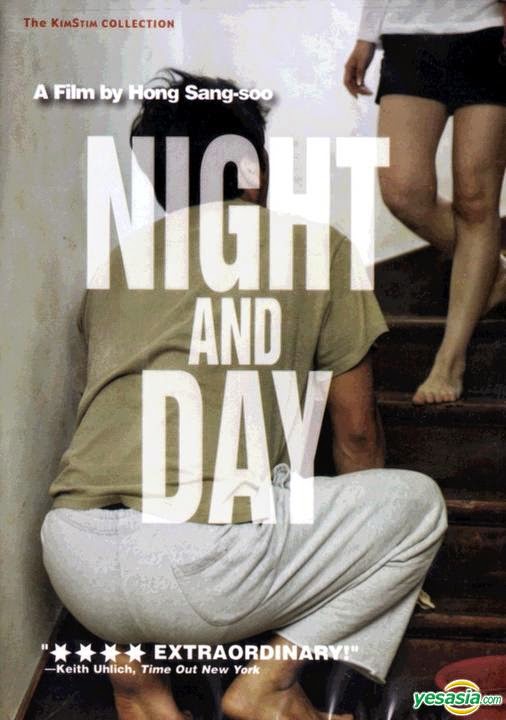 Director Sang-soo Hong has quietly - very quietly - built an extensive filmography in recent years of scant, simple stories that push the minimalist envelope. His work attempts to capture fleeting moments of reality, warts and all, and he is not afraid to stick with a scene that appears to be going nowhere as long as it serves a larger purpose within his ambivalent world view. Night and Day (2008) is all about an artist from Seoul (Kim Yeong-ho) who comes to Paris ostensibly to immerse himself in the city’s creative culture. However, due to his unambitious nature, he spends most of his time simply wandering the streets, lost in thought. Eventually KIm becomes involved with a network of fellow Korean expats, and creates some of the same problems for himself he thought he had left behind in Seoul. 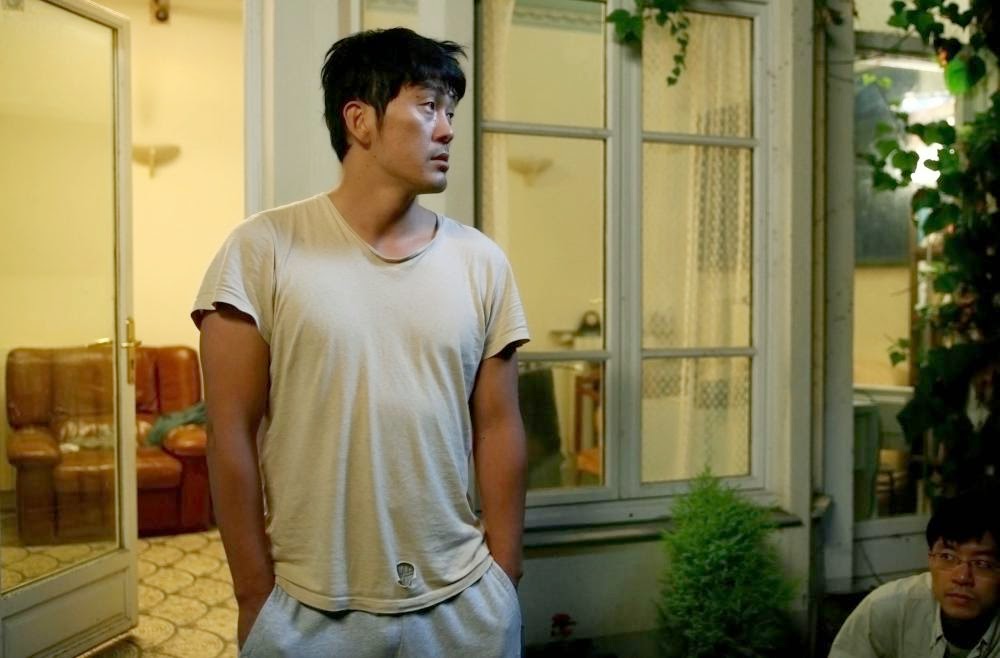 Night and Day is really more a story of places than people, with Hong’s array of personalities often dwarfed, minimized and occasionally defeated by the spaces they occupy. The film is set mainly in nondescript Parisian neighborhoods and sidewalk cafes, with only brief glimpses of the city’s famous landmarks and tourist attractions. Yet, these sedate, narrow storefronts and apartment buildings seem alive with their own vague secrets and possibilities, and Hong’s laconic Korean cloister often seem slightly overwhelmed by their new surroundings. Only Kim’s would-be girlfriend, a flighty art student named Yoo-jung Lee (Eun-hye Park), seems ready to fully embrace the new light and landscape that lies before her. Her immature energy serves as a jolt to both Kim and the film at large, and their high school-ish romance serves to reveal some of Kim’s true nature. 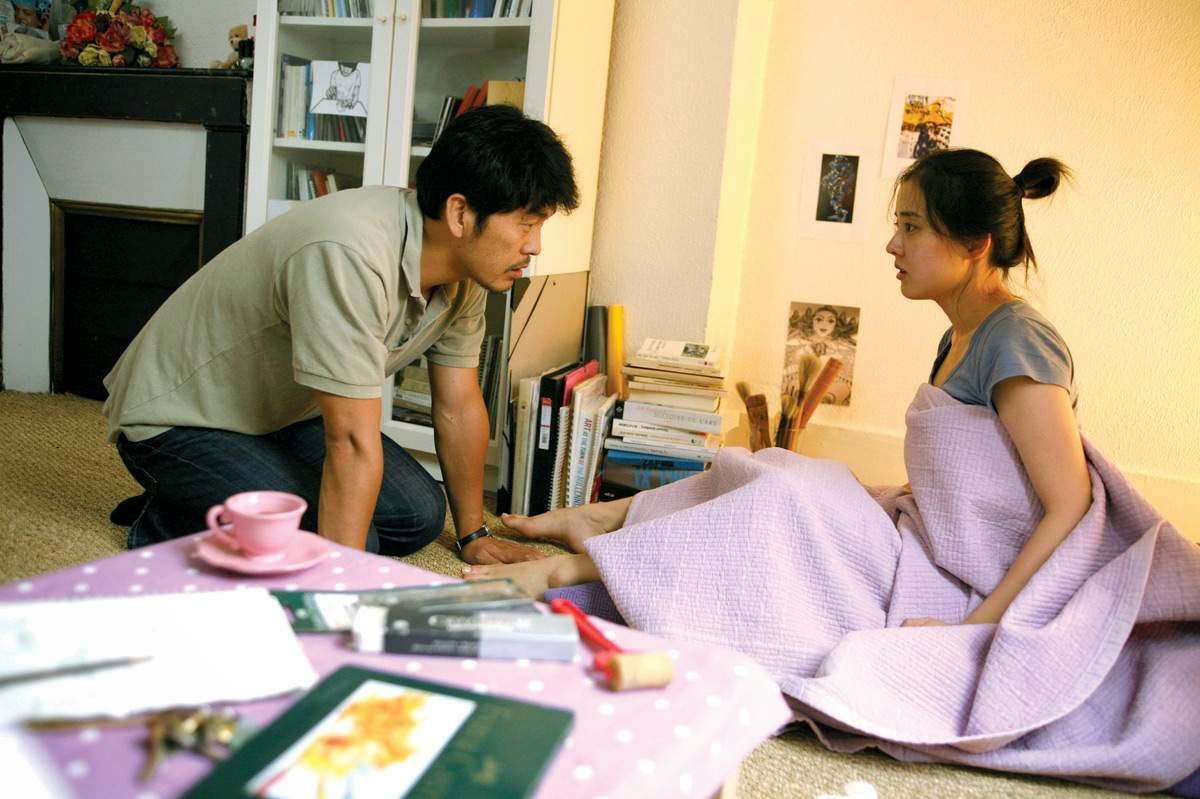 Night and Day is in many ways a tribute to the work of Eric Rohmer, including the use of diary pages as an editorial device and a couple of scenes that are direct lifts from Rohmer’s A Summer’s Tale (1999) and Pauline at the Beach (1984). But while Rohmer’s oeuvre dealt with the seasons of life, Hong’s interest, just like his leading man’s, is rooted in the temporal and immediate. Kim’s lack of planning for a weekend trip with Yoo-jung speaks volumes about his rustiness at relationships and personal disdain for anything concerning the long term. The film’s final act, set back in Korea, reveal’s Kim’s true reason for his Parisian trip, and the impetus was not quite as lofty as previously portrayed. Kim’s foibles and weaknesses are given a harsh display under the cloudy skies of Seoul, with Hong offering little in the way of catharsis or justification. 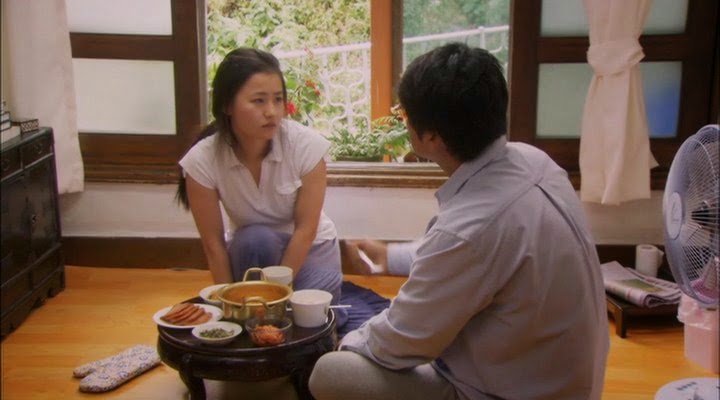 Rohmer fans will find many aspects of the film mesmerizing, but at nearly 2½ hours, Night and Day may be too much of a good thing. The film is recommended only to those who have seen and liked the director’s previous features such as Woman is the Future of Man (2004) or Another Country (2010). Night and Day is constructed with the same languid pacing and dialogue driven scenarios that many viewers will find challenging, although the slog will be worth it to those in tune with the director’s unvarnished harmonies. One thing is certain, Sang-soo Hong will never be in the running for a superhero movie. And he couldn't care less.
at March 11, 2015