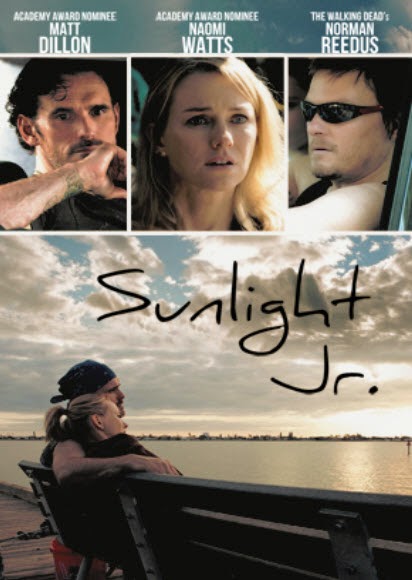 Sunlight Jr  is a grimy, unvarnished tale from the American underclass; a sort of anti-Downton. Set in a crumbling, un-touristy burg in Florida, the film stars Naomi Watts and Matt Dillion as a struggling couple living a hand to mouth existence in the minimum wage economy, one meager paycheck away from homelessness. When an unplanned pregnancy shines a harsh light on their paltry prospects, the couple’s emotional tether begins to unravel. 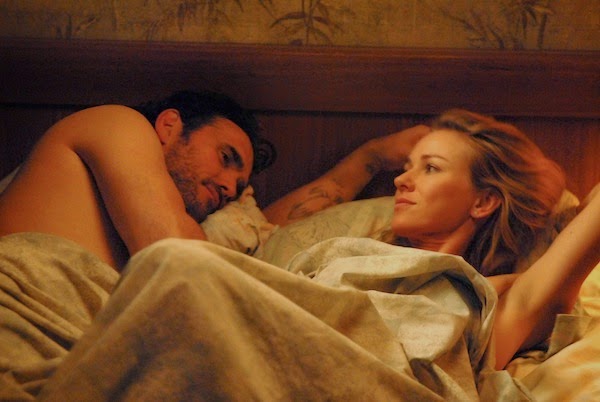 Writer/Director Laurie Collyer (Sherrybaby) has obviously studied the works of Haneke and the Dardennes and brings a similar gritty sensibility to this production. Some will also find the film reminiscent of Derek Cianfrance’s Blue Valentine from 2010, but Collyer’s approach is more assured and natural, rendering superior results. Sunlight Jr. never relies on jiggly cameras, overlapping muttering or other tropes of cinema verite to sell viewers on the film’s authenticity. Collyer tells her downtrodden tale with appropriate vigor, but refreshingly doesn’t feel the need to beat up her audience in the process. 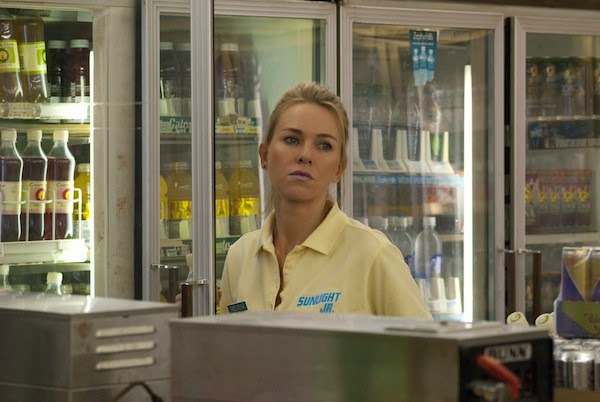 By any honest appraisal, Watts and Dillion are each about 20 years too old these parts, but that concern ultimately seems like a nitpick for their scenes spark genuine heat. Watts spends her chaotic life as a cashier at a thinly disguised Circle K franchise, ringing up cigs and Lottos for a clientele coping with equally dire finances. Her one hope is to someday qualify for a gauzy sounding college scholarship program offered by corporate headquarters. When this mysterious perk is finally revealed as just another example of corporate feel-good hokum lacking in substance, Watts sees the last chance to better her life discarded like a worthless scratcher ticket. 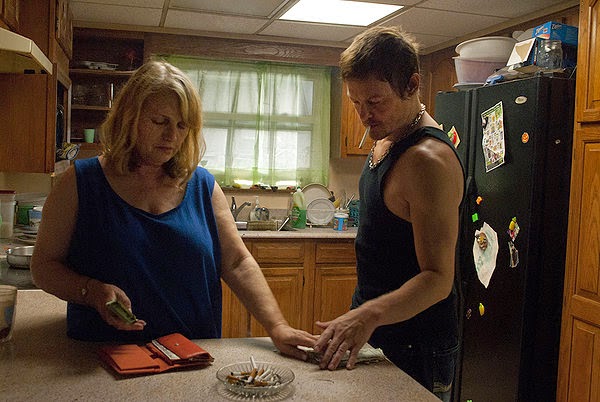 Some of the film’s best moments are supplied by the supporting cast. Norman Reedus, who does inbred despicable better than just about anybody, weaves in and out of the narrative as an old boyfriend with a passion for causing trouble. He has recently inherited a moldy tract house from his mother, making him the closest thing to landed gentry in the scruffy world of Sunlight Jr.  He has leased the house to Watts’ mom, played by Tess Harper, who eeks out a clamorous living by taking in foster kids. While there’s certainly been a lot of water under the bridge since Harper’s heyday in the 1980s, she still retains the unpolished earth mother ethos that made her a star. 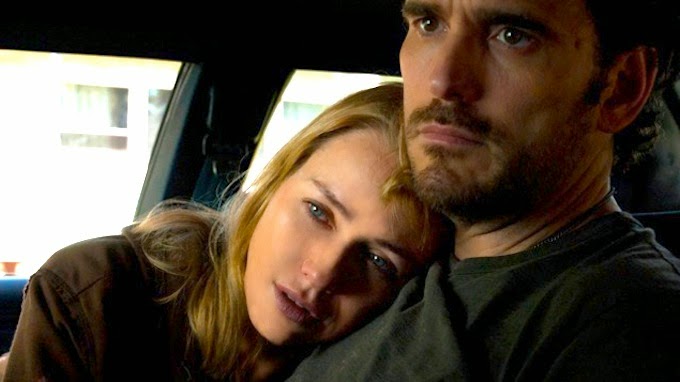 While the film’s overall rating barely nudges it above “worth seeing,” the aspects it does well it does very well, and its crafting of an impoverished human landscape gives a fascinating glimpse at the results of 30 years of economic trickle-down. It is one of the few recent films to look soberly at the plight of poor women facing unplanned pregnancy and the crucial safety net offered by those women’s health organizations red state politicians so despise. Sunlight Jr.  neither celebrates nor demeans the working poor, but paints an involving, unsentimental portrait of an American Dream gone off the rails.
at January 20, 2015