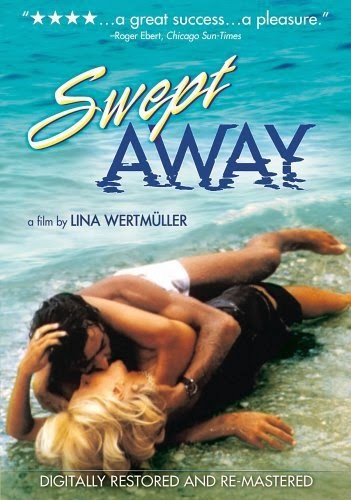 In the 1970s, director Lina Wertmüller and actor Giancarlo Giannini comprised a cinematic partnership that became Europe’s answer to Scorsese and DeNiro. During that decade, the pair created three bonafide international hits: The Seduction of Mimi (1972), Seven Beauties (1975) and the politically charged romantic comedy Swept Away, which opened in Italy 40 years ago today. Swept Away tells the story of an unlikely romance between a wealthy woman named Raffaella (Mariangela Melato) and Giannini’s communist sailor named Gennarino. When Melato rents a yacht piloted by Giannini for a leisurely Mediterranean cruise, the pair’s political differences spark an immediate hatred. While Giannini voices his full throated disgust for Melato and her pampered, prissy diva fits, Melato considers Giannini an ignorant peasant. But after an accident maroons them on a deserted island, the duo find they must work together to survive. Melato grows to respect Giannini’s rough hewn street smarts and, eventually, something like love begins to bloom. 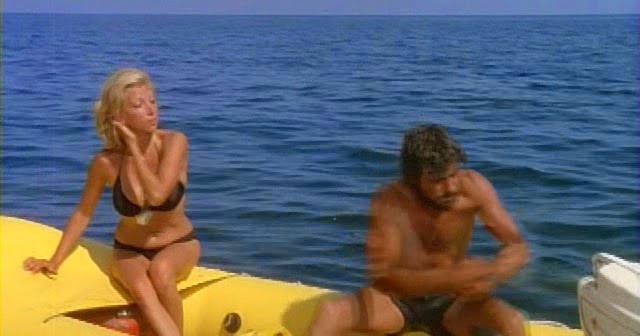 Forty years later, Swept Away remains a splendid little movie, recasting the Doris Day - Rock Hudson paradigm in a distinctly more adult and sophisticated mold. While love makes the pair forget their political differences, it doesn’t conquer all the intimate challenges ahead. In one of the film’s most memorable sequences, Melato’s passionate, whispered request for sodomy prompts a hilarious response from the shocked and befuddled Giannini. Wertmüller includes a number of canny allusions to other movies, especially the iconic surf kiss seen in From Here to Eternity. While Wertmüller and Giannini have gone on to long and successful careers, they’ve never quite reproduced the magic alchemy of their collaborations of this era, making Swept Away an even more valuable and lustrous gem. 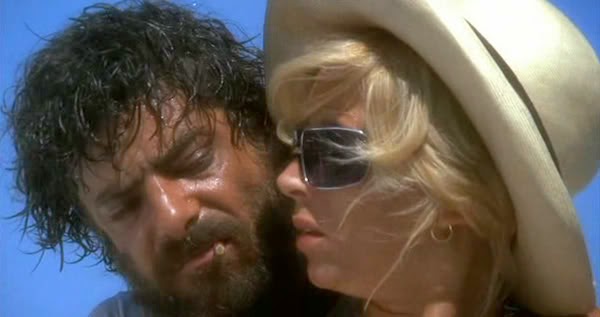 Happy Christmas and a Peaceful Yuletide to you, Bunched Undies, from your blogfriend in NY!