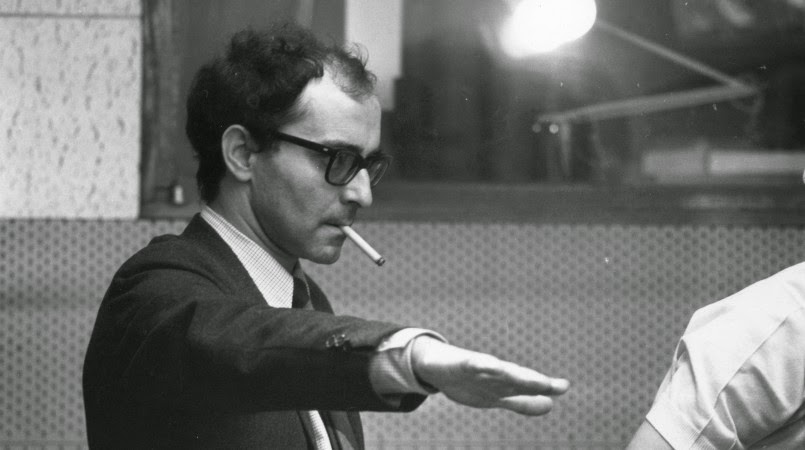 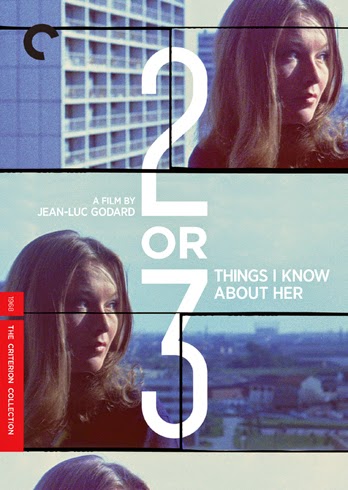 The title may sound like a bad romantic comedy from the 1990s, but 2 or 3 Things I Know About Her is another one of Jean-Luc Godard’s patented exercises in allusion and abstraction. Made during Godard’s ridiculously productive year of 1967 - he released three feature films that year, including the densely packed Weekend, which should count as two films at least - this outing deals obtusely with language; specifically, the power of language to persuade, to limit and to outright lie. 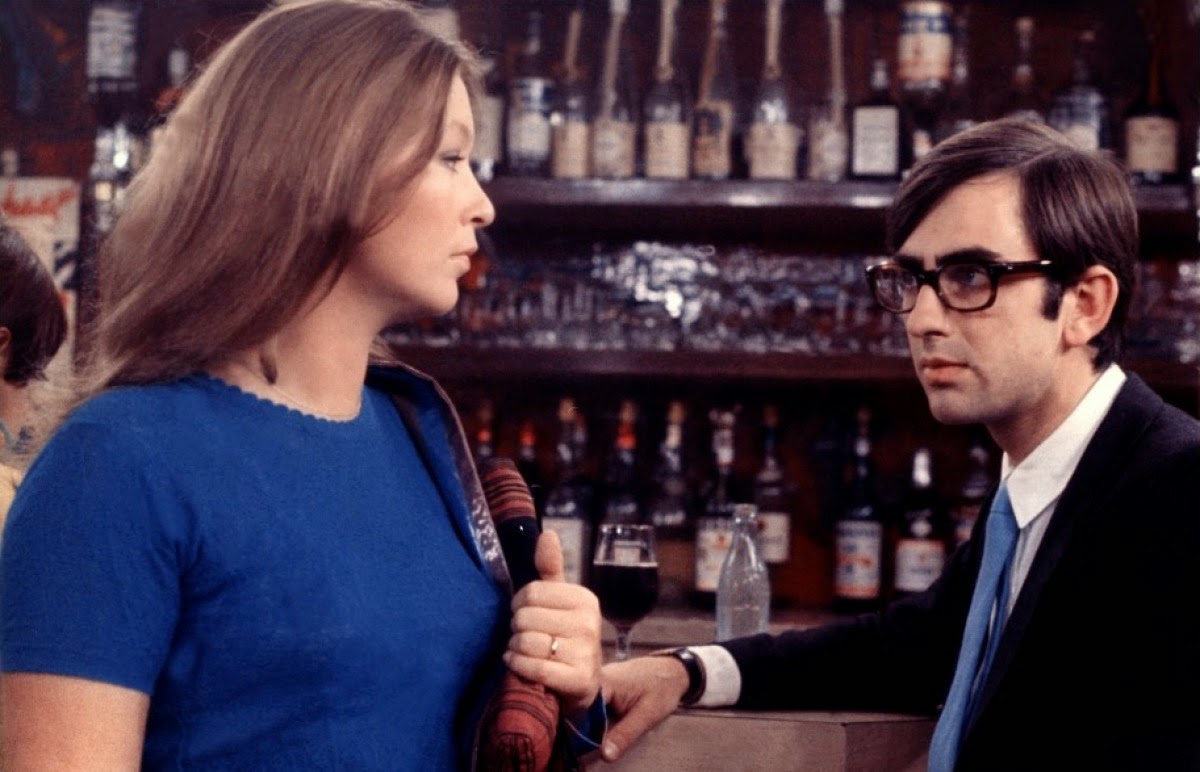 The baseline narrative involves the Jeansons, a young bourgeoisie family consisting of lovely Juliette (Marina Vlady), her dimpled but distracted husband Robert (Roger Montsoret) and their two kids: precocious Christophe (Christophe Boursellier) and squalling Solange (Maire Boursellier), a four year old who is often tossed about like a sack of potatoes. As is usually the case with Godard, the story of the Jeansons only serves as a backdrop for his larger purpose: the delivery of pointed commentary on the intrusive evils of capitalism.

The Jeansons, like most middle-class families, are madly in love with bright, shiny new things, and laboring to acquire them consumes all their time and energy. Godard intersperses slightly twisted scenes of mundane life with shots of large scale municipal construction projects, paralleling Juliette’s desire for a new dress with the expansionist tendencies of Western governments. The “Her” referred to in the film’s title is the city of Paris and, according to Godard, Paris’s rapid infrastructure growth, President Johnson’s bombing of North Vietnam, and the materialistic lust of consumers all stem from the same deep-seated insecurities.

When Juliette’s addictive shopping puts a strain on the family budget, she turns to the oldest profession as a way to, pardon the pun, make ends meet. While the strumpet/capitalist is one of Godard’s favorite, and most overused, metaphors, in this context it’s not mere hyperbole. Daytime prostitution was something of a fad among middle class Parisian housewives in the 1960s, and the windfall from this activity helped to subsidize many fashionable design studios.

Godard communicates here in symbols that range from impossibly subtle to downright gaudy. When Juliette’s best client – a visiting American, of course (Raoul Levy) – requests she parade around his hotel room with her head covered by a bag emblazoned with corporate logos, the result is an analogy that’s groan-inducing for its obviousness. On the other hand, the film’s narration, read by Godard himself in a conspiratorial whisper, contains so many oblique literary references that most viewers will find its finer points impenetrable.

In general though, the director’s sheer audaciousness works to the film’s advantage. In an amazing scene, Juliette drops Solange – literally – at a modern office suite that happens to function both as a day care center and a brothel. Both concerns are run by an elderly, no-nonsense manager (Joseph Gehrard) who attends to the children while making sure the harlots in the next room keep to their schedules. And in a humorous scene, a young woman dreamily lounging in the bathtub (Helena Bielicic) is suddenly interrupted by a meter reader (Robert Chevasue) who’s much more interested in the apartment’s electrical usage than the protests of the angry, wet and totally naked.

But Godard unleashes his darkest bile on the science of marketing, and uses bright primary colors to signify emptiness and distraction. He also visually alludes to the drapeau tricolore to the point of overstatement. In Godard’s view, the citizenry are held docile by a contemporary version of bread and circuses. Clever advertising has made choosing the right kind of detergent seem infinitely more important than the mischief our elected leaders are up to in foreign lands. While we waste our time searching the supermarket aisles for the right brand of tin foil, backroom deals are made to destroy the beautiful historic buildings of our cities and replace them with bland, anonymous hi-rises. 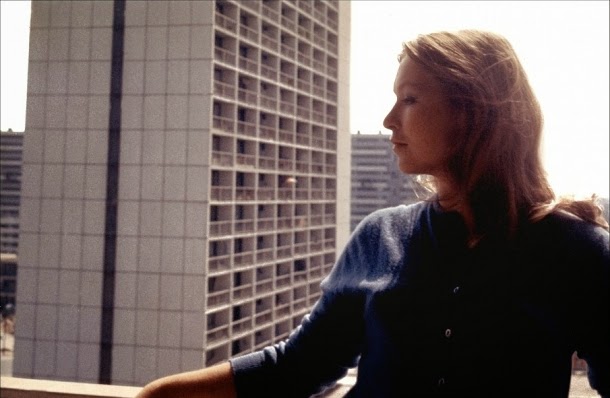 With new bridges and freeways encircling Paris, and bombs falling on North Vietnam, the Jeansons quietly retire for the evening; another days’s energy spent. Godard elects to end his diatribe with a slow zoom beauty shot of household products in a grassy field. The world faces imminent destruction, but we can take comfort in our endless supply of colorful boxes of soap. The fact that this analogy is as effective today as it was 40 years ago not only validates Godard’s vision, it’s also depressing as hell.