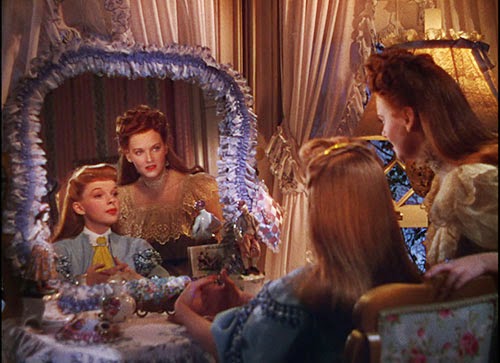 Over a span of 70 years, Meet Me in St. Louis has earned a special place among the great American musicals. The film spawned three additions to the songbook of American standards: The Trolley Song, The Boy Next Door and the oddly depressing holiday staple Have Yourself a Merry Little Christmas. However, there’s a lot more to this film than a portfolio of catchy tunes. Underneath its bouncy, entertaining surface there’s a disquieting sense of cynicism, as if the movie’s idealized vision of American society was a hollow mirage even to its creators. 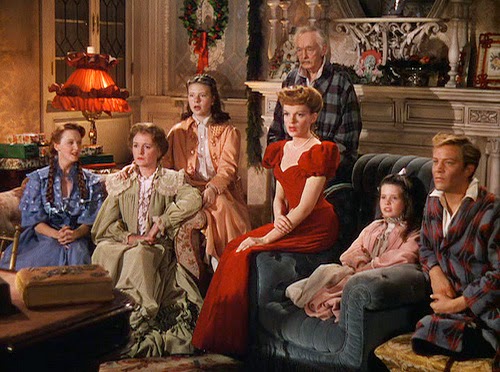 Set in 1904, the film chronicles the lives of the well-heeled Smith family who, like early 20th century America, represented the zenith of wide-eyed innocence. To create this rarefied atmosphere, Meet Me in St. Louis boasts a superb production design that exploits Technicolor to the fullest. Judy Garland’s orange tresses appear to burst from the screen, just as her bosom threatens to burst the seams of her wasp-waisted party dresses. The Smiths’ St. Louis neighborhood is a Maxfield Parrish wonderland of manicured lawns and stately houses complete with brightly colored gingerbread trim. But behind the idyllic facade lurked a world of trouble. While on screen the Smith girls, in full hormonal flower, scheme and dream of marriage - a young woman’s only worry in those days - director Vincente Minnelli schemed of ways to evoke tears from obstinate child actress Margaret O’Brien, eventually hatching the abusive gambit of announcing that her beloved dog was dead. 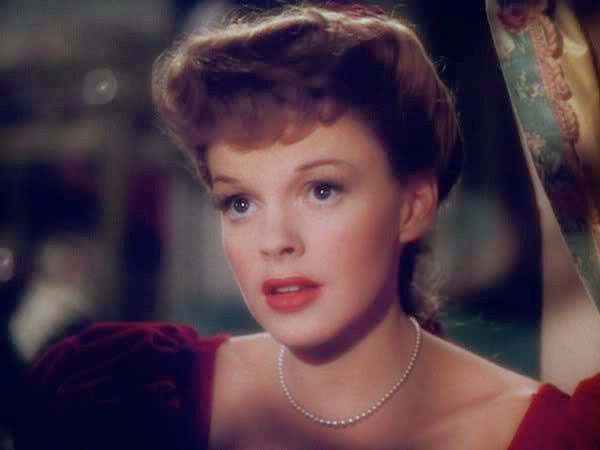 Tears were no problem for Garland, who was also making an album at the time and was exhausted from the nightly recording sessions. Considering the script corny and beneath her, she often stormed off the set causing hours of delay and prompting actress Mary Astor to angrily exclaim “Judy, what the hell’s happened to you? You used to be a trooper!” Garland’s disruptive behavior on the set of Meet Me in St. Louis would be repeated in numerous future productions, and nearly ruin her career in the 1950s. 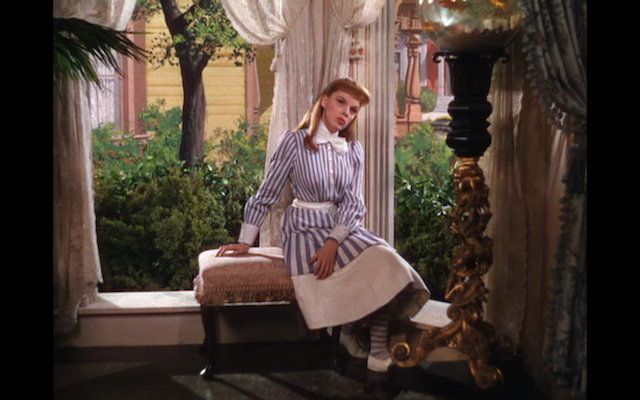 But Minnelli, no doubt vexed by Garland’s diva fits, overlooked them long enough to fall madly in love and by the time the film had wrapped the pair were living together. Two years later, this union would produce a baby named Liza, who would go on to reach her own iconic stature. Despite its hidden histrionics, Meet Me in St. Louis remains a splendid, painstakingly crafted piece of American kitsch. It’s the cinematic equivalent of that bizarre but expensive tchotchke on prominent display in your parents’ living room. It’s either mortifying or extremely cool depending on one’s point of view. 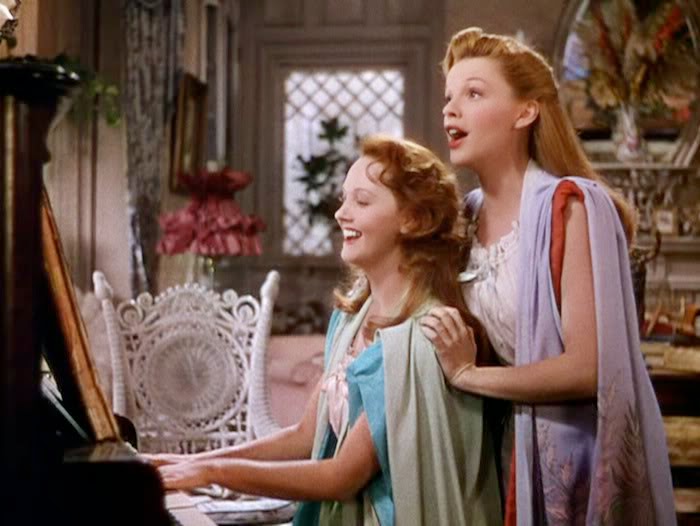 I'm a huge fan of the old Hollywood musicals and this is easily one of my favorites. Almost plotless yet completely engrossing and enjoyable.

The blu-ray is all around gorgeous with an amazing full sound. Highly recommended. May just give it another spin today.