Giulietta Masina is often described as Fellini’s muse, yet somehow the term doesn’t seem sufficient. Through 50 years of marriage and countless artistic collaborations, their relationship more closely resembled the pragmatic partnership of Hitch and Alma than the symbiotic mists of Godard/Karina or Bergman/Ullman. Under Fellini’s direction, Masina’s pixie-ish characters remained cheery and upbeat, drawing on deep wells of strength despite their dreadful circumstances. La Strada is a film open to several roads of interpretation, including a thinly disguised retelling of Italy’s rise and fall from fascism. 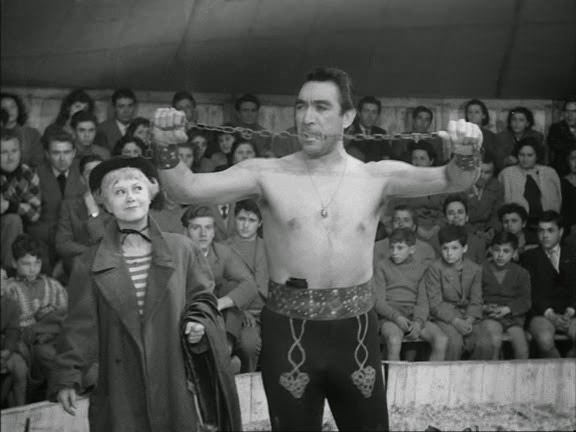 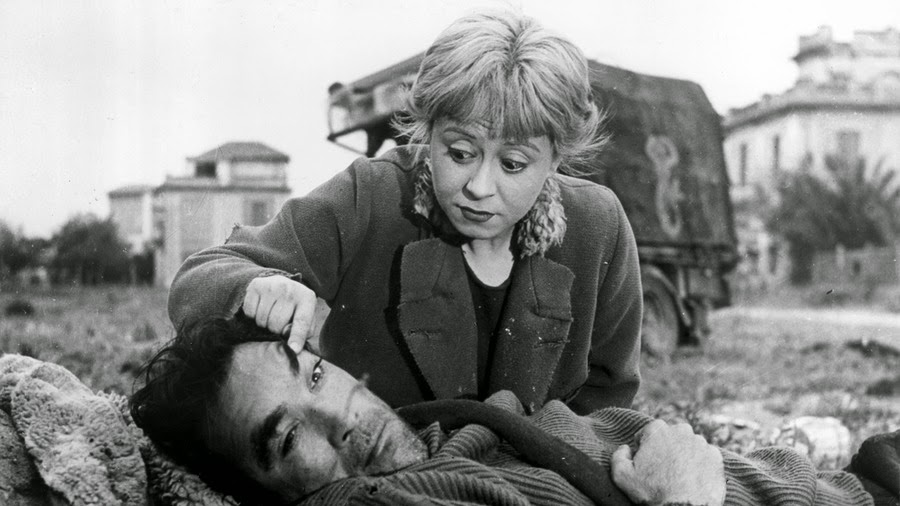 Yet, intentionally or not, Fellini and Masina also created an indispensable portrait of the plight and power of modern womanhood. Battered, demeaned and sold into the slavery of a brutish circus performer named Zampanò (Anthony Quinn), Masina’s Gelsomina must rely on her spirit and guile to survive. As Zampanò’s slanders and insults echo through the bombed out hills of Abruzzo, Gelsomina’s tiny frame becomes a symbol for an endless cycle of abused women. However, there is a world beyond Zampanò’s ability to control, and exposure to that world will hold the key to a power shift in this tortured relationship. In Fellini’s La Strada no one is beyond the healing touch of human redemption, be they Fascist brownshirts or dimwitted circus strongmen. 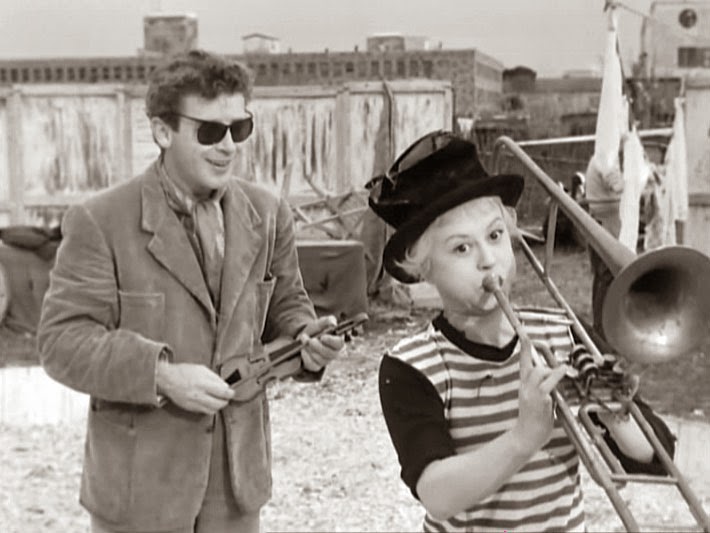 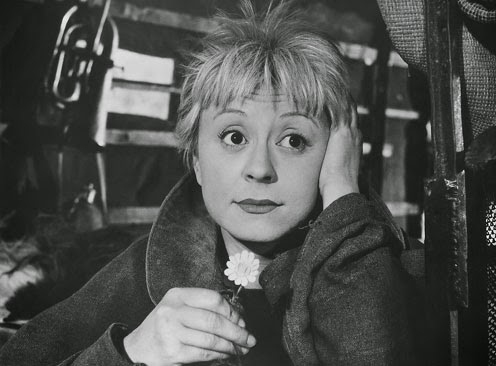