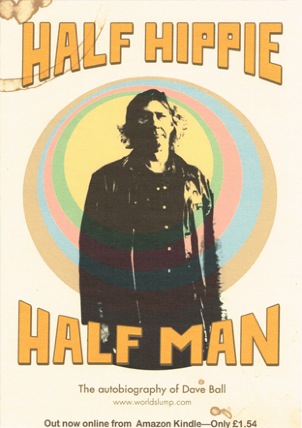 When one considers the pantheon of famous Rock & Roll guitarists, a number of luminous names spring to mind. Chances are Dave Ball is not one of them. But like the Claptons and Pages, he too has a Gold album to his credit and has experienced the heady joys of rock stardom, from Leer jets and limos to screaming fans and wild nights of wretched excess. But unlike his better known Brethren of the Frets, Ball was not interested merely in artistry and accolades. There was a whole great big world out there, and the energetic Dave Ball jumped in with both feet.

During his 63 years on Earth, Ball has been a rock star, a soldier, a university lecturer, a policeman, a martial arts expert and a globe-trotting executive for one of the world’s largest banks, just to name a few of his accomplishments. No matter how busy you are, or how proud you may be of your own achievements, compared to Dave Ball you’re a dawdling layabout. 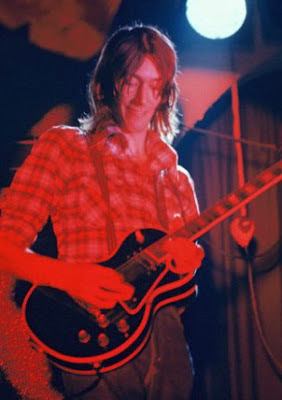 Thanks to two volumes of memoirs available from Amazon’s Kindle Store - Half Hippie - Half Man and Half Hippie Half Man: The Addenda - Dave Ball may soon end his long bask in obscurity. Written in an engaging, conversational style, Ball cleverly presents the twisty road of his life at a fast pace with wit so scorching it’s a good thing the books are only available electronically; if they were on paper they’d burst into flame.

From head banger to head banker, from Tai Chi to I.T. and all points in between, Ball’s autobiography will put you in a blissful trance. With turns of phrase reminiscent of Jack Kerouac meets Garrison Keillor, Ball recounts his early days in the London rock scene of the 1960s, when he pounded the pavement in search of his big break in the music biz. He made the audition rounds, including a cattle call for Marc Bolan and T-Rex. This particular try-out ended badly when Ball - auditioning as a drummer - suggested that he should play guitar instead because Bolan “was crap at it.” 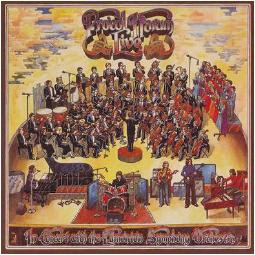 Progressive rockers Procol Harum, searching for a guitarist to replace the departing Robin Trower, placed a notice in Melody Maker magazine and Dave Ball responded. It was a musical match made in heaven, and soon the young man found himself in the middle of a rags to riches story, complete with world tours, sold out venues and the other, more notorious ephemera of musical stardom. One chilly night in western Canada, Ball appeared with the band in a performance that would become the legendary Procol Harum Live with the Edmonton Symphony Orchestra album. As readers of a certain age will attest, one could not turn on a radio in 1973 without hearing Conquistador, the album’s monster hit single.

After stints with Long John Baldry and Bedlam, Ball soured on the music scene and sought a new direction for his life. He enlisted in the Army, where his hefty royalty checks raised the eyebrows of his fellow grunts and superior officers alike. Or as Ball says: “How do you prepare yourself to go from Rock & Roll into the Army. Well, nobody had really tried it since Elvis so I didn’t have much to go on.” 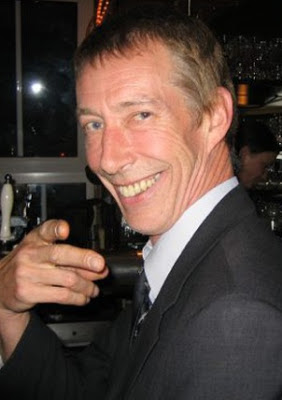 As Half Hippie - Half Man progresses, readers are treated to vistas of faraway lands as Ball makes his way to Australia for a taste of corporate life and to Saudi Arabia for some hilarious doses of culture shock. There are also poignant renderings of life’s inevitable passages, complete with births, deaths, marriages and divorces. Ball reconstructs the dark days of 9/11 and his panic over the fate of his Wall Street based coworkers with an immediacy that will have readers nodding their heads in grim recognition. Half Hippie Half Man: The Addenda brings readers fully up to date on the Dave Ball saga, including his recent battle with cancer and his return to songwriting and recording.

Written with verve, humor and passion, Half Hippie - Half Man and Half Hippie - Half Man: The Addenda stand as shining documents of the many facets of the Baby Boom generation. While few have had Dave Ball’s plethora of first hand experience, readers will relate to Ball’s years of bohemian rebellion, followed by a long and surprising search for one’s true place in the world. While the voyage may be universal, as these volumes make clear, Dave Ball’s life journey has pursued a most audacious path.
Click Here to purchase Half Hippie - Half Man

Click Here to purchase Half Hippie - Half Man: The Addenda

Looks like something I'll have to check out soon!