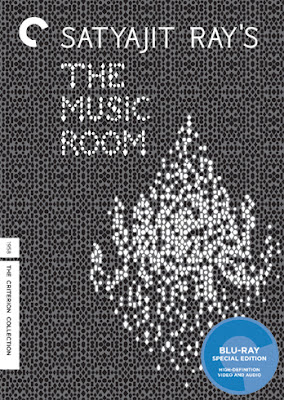 Satyajit Ray’s The Music Room, subject of a brilliant Criterion release, is a somber, hypnotic film that deals with the wretched symbiosis of pride and regret. All about the slow decline of a former unimaginably rich landowner named Biswambher Roy (Chabbi Biswas), the film adopts elements of classic tragedy and transposes them to the barren deltas of Bengal. While the landscape presents surreal vistas of seemingly endless horizons, The Music Room is a study of self inflicted entrapment and the hard, heavy burdens imposed by illustrious family history. Through Roy’s arrogant and naïve sense of entitlement, he lives his life in a perpetual folly, never recognizing the shifting realities beyond his own darkening, decaying walls. And just as rising rivers have rendered the bulk of his vast holdings worthless, a flood of changing ideas and the enlightened, democratic thinking of a new age threaten to wash away the shabby remnants of his faltering empire.

In tone and theme, The Music Room is reminiscent of the later reels of Citizen Kane, where Charles finds himself reduced to a sad, empty husk amid his ruinously overbuilt Florida pleasure palace. But the emotional issues that plague Charles Foster Kane are mere child’s play compared to the karmic ravages faced by the aging Biswambher Roy, for as we learn through extended flashback, Roy’s hubris has extracted a devastating price, well beyond measure in silver rupees. 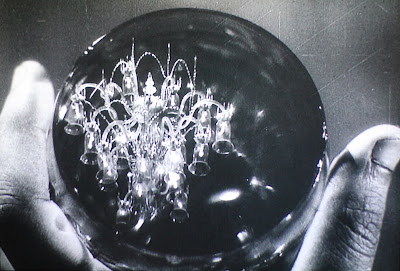 The Music Room also shares visual similarities with the Welles masterpiece, as Ray and cinematographer Subrata Mitra create exquisitely composed frames characterized by enormous, and at times seemingly infinite, depth. Filmed almost entirely within the Roy family’s crumbling, neo-classical estate, the colossal mansion becomes a mute but indispensable character; its long hallways and massive porticos forming deep backdrops that appear to recede not only in space, but to the dawn of time. The castle’s bare windows offer stark prospects on the treeless riparian plains; the distant, dusty gallop of a lone horseman providing a counterpoint to Roy’s dour inertia. A new, alien ethos is loose in his ancient world of pampered privilege: social standing based not on esteemed ancestry but individual merit. And as Roy watches the bags of gemstones that have defined and shaped his world view slowly dwindle, his egotistical stubbornness will not allow him to submit to the heresy of an ascendant middle class. 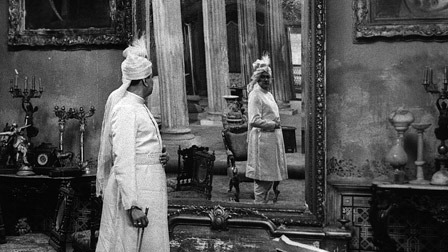 A monument to Roy's youthful excess is the palace’s music room, a grandiose atrium decorated with priceless art work and ornate finery. Once the site of weekly concerts, Roy would magnanimously invite a cross section of the local populace to enjoy performances by India’s elite musicians, and pay tribute to their host’s splendid beneficence. As his guests reveled in the music and lounged on sumptuous silk pillows, Roy sat in smug self-congratulation. He clearly deserved his inherited riches because he was such a kind and generous person, and the world was very lucky to have him. 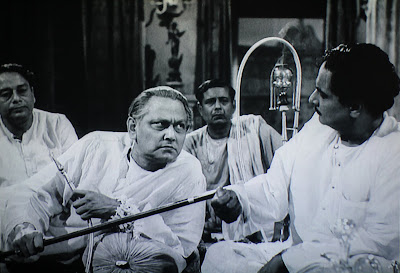 As Roy’s parties become more elaborate and expensive, his blissful dream world is rocked by the arrival of a new neighbor: a cheerfully obnoxious bourgeoisie banker named Mahim (Gangapada Basu), the product of a local family Roy has long considered socially inferior. Schooled in modern business practices, Mahim has returned to Bengal to exploit the region’s riches in the name of international commerce, bringing the noise and obtrusiveness of the modern world with him. His loudly sputtering electric generator makes Roy’s musical reveries all but impossible, and the estate’s meditative atmosphere is frequently ruined by screeching horn blasts from Mahim’s spanking new tin-lizzie. 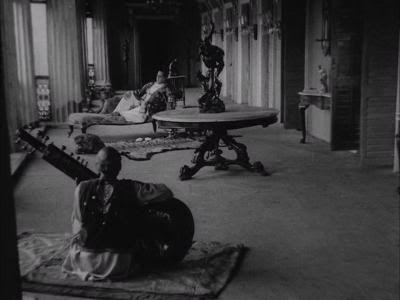 Satyajit Ray’s slow and careful construction of the social tension between the two men is masterfully delicate, and a joy to watch. Mahim’s behavior at the sedate Roy soirees is like a squirming, distracted choirboy, straining to maintain a veneer of reverence. Ray exploits the mesmerizing quality of traditional Indian music, and draws visual parallels with a large, swaying chandelier, reinforcing themes of hypnotic denial. The camera becomes mobile during these musical sequences, creating the flowing sense of ancestral spirits among the Earthly audience. When a life-altering tragedy strikes during a performance, Ray communicates the horror through a simple bit of foreshadowing; an image of a grasshopper struggling in a glass of wine, and we immediately share our protagonist’s shock and devastation. As a result of this incident, the music room is closed and sealed, its reverberant walls abandoned to the silence of the dead. 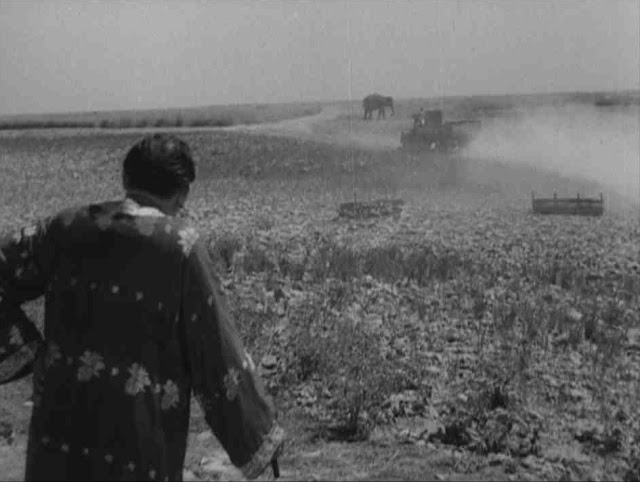 Four years later, with word of the depleted Roy fortune on the lips of every neighborhood gossip, Mahim decides to build his own music room and revive Roy’s musical traditions. But Roy, now grown old and paunchy and mired in a depressed torpor, sees Mahim’s gesture as more insult than accolade, and decides to unlock his musical chamber for one last grandiose shindig, a gala affair that will wipe out the diminished ancestral vault once and for all. And while the last of the loyal family retainers (Kali Sarkar) looks on, happy to see his beloved boss fully embracing life again, there is the tacit understanding that this celebration will in truth be a going away party; a bon voyage to a journey from which there is no return.

This looks devastating. I've got to see it.