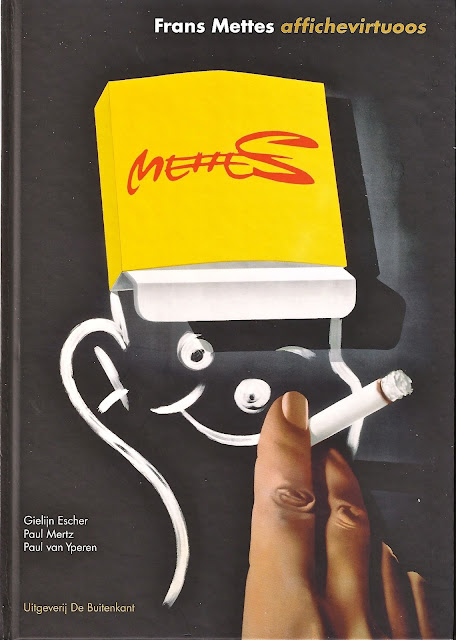 When we think of famous Dutch artists, names like Rembrandt and Vermeer usually spring to mind. Soon we may be able to add Frans Mettes to that list thanks to the beautiful new volume Frans Mettes affichevirtuoos. Affichevirtuoos translates as “poster virtuoso” in English, and the book’s 144 pages make a compelling case for Mette’s inclusion among the 20th century’s great commercial illustrators. Along with painstakingly researched information on Mettes’ life and times, the book offers a wealth of splendid reproductions from Mettes’ portfolio. Ads for such clients as Heineken, Philips and Droste are featured along with a selection of film and theatre posters; all attesting to Mettes’ childlike humor and strong sense of design. Mettes’ bold and graphic compositions possess a deceptive simplicity crafted to break through the visual clutter of the urban world. By reducing his message to the primal elements, Mettes created images that capture the social dynamics of the modern age, while never losing the poetic innocence of childhood memories.

One of the book’s creators is Paul van Yperen, who will be a familiar name to regular readers of this blog. Paul is the proprietor of the excellent website European Film Star Postcards, where the movie careers of both well known and obscure talents are immortalized in words and images. Paul and I had a chance to discuss the origins of Frans Mettes affichevirtuoos recently and his comments give us a rare insight into the book’s creative process:
Paul, would you tell us about Frans Mettes affichevituoos and your background in the arts?

"This book on Frans Mettes is a labour of love for my co-authors and me. I wrote it together with Dutch designer and poster collector Gielijn Escher (a nephew of famous artist M.C. Escher by the way) and Paul Mertz, one of the great names in the history of Dutch advertisment. I am very honored
to be able to write this book with them. I am a film historian and started my career in the archives of the Dutch Filmmuseum. The poster archive was like Aladdin's cave of wonders full of treasures. The original German poster for Metropolis was there, all the posters designed by Saul Bass,
Russian avant-garde posters from the 1920's. Incredible, and there were Dutch posters designed by artists that were completely forgotten. After five or six years I went on and started to work for Dutch television, but continued to research these Dutch film poster designers. I wrote several
articles and three books about them (often together with my former colleague Bastiaan Anink), and now there is this book about designer Frans Mettes." 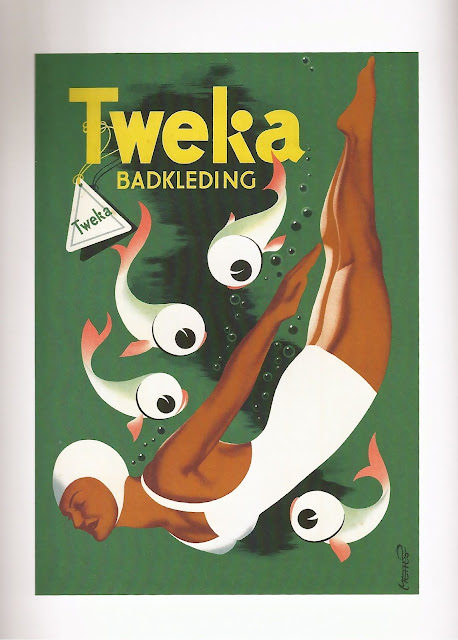 Considering that I was a graphic arts major in college, taking several courses in advertising history, I was surprised that the work of Franz Mettes was new to me. Perhaps you could give us some background on his life and work?

"Frans Mettes (1909-1984) was a typical commercial artist. Although his wonderful posters coloured the Dutch streets for decades and everybody here seems to remember his designs for Heineken, for the Dutch railway, for cigarette labels etc., but the critics did not see him as a serious artist. So, he never worked for museums nor for prestigious theatres. He never won an award.
Mettes started his career making film posters, and many artists thought that a very lowly job. But some of his designs are now classics, and were reprinted as postcards. Especially his poster for the film Angel with Marlene Dietrich is still very popular. Since he was a boy, Gielijn Escher collects Mettes' posters. His collection is huge and was the basis for our book." 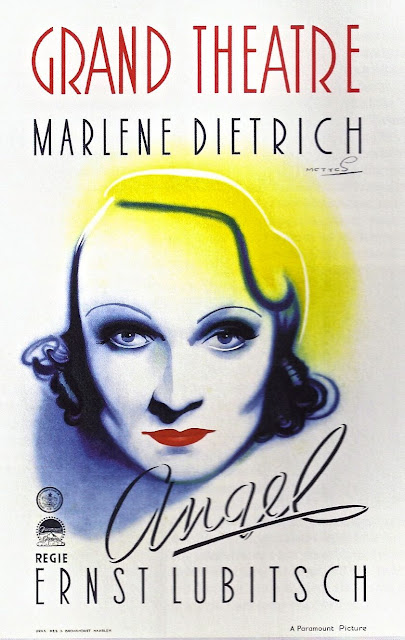 Have there been many books about Mettes? Tell us about some of the research that went into the book.

"No, there weren't even any serious articles about him. Very strange, but a typical story for many Dutch commercial artists. So, it took a lot of research and oral history to write this book. Happily, Paul Mertz was a youth friend of Frans Mettes' children, so there was a connection. Besides that, my last book - rather a booklet - was on Ad Werner, another great Dutch designer who started his career painting film posters. He is still alive and we talked a lot about the trade and also about Mettes." 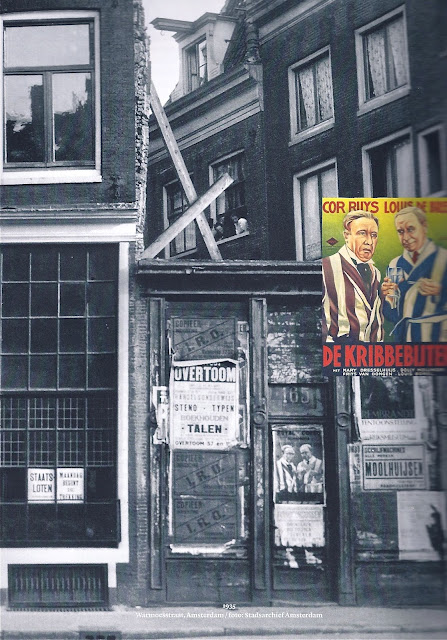 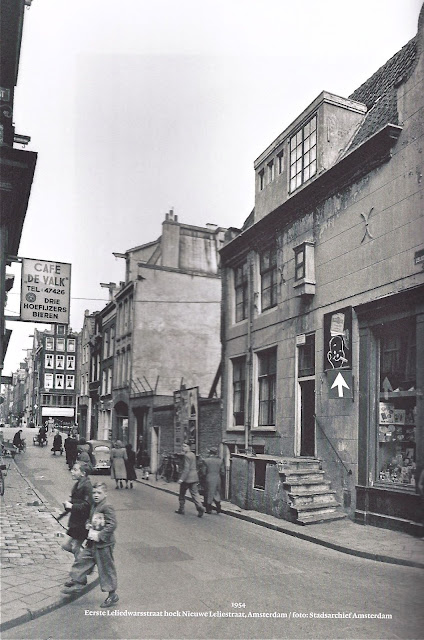 There are some wonderful old photos of the posters in the original urban environments.
How did you discover them?

"These pictures are very rare. Gielijn and I love them. We both visit many auctions and fairs and sometimes you are lucky." 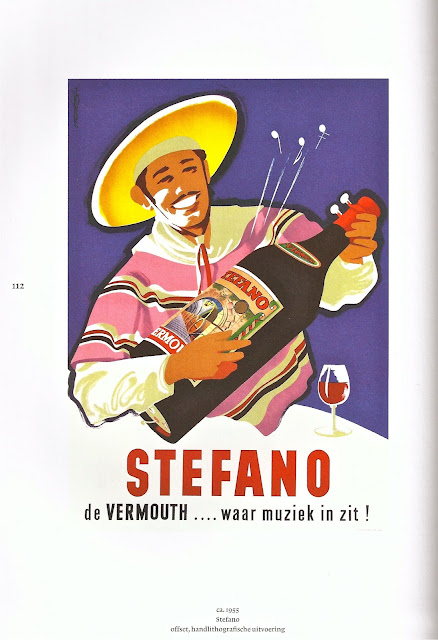 I understand Frans Mettes affichevituoos is now involved in a prestigious competition. Tell us about that.

"Something incredible happened. This book about a man whose work was always scorned by the serious critics and the museum world has now been selected as one of the Best Dutch Book Designs of 2012. It will be exhibited in a huge competition in Leipzig, Germany and will go on a tour along several important museums in the Netherlands. Mettes work is presented by various museums and galleries. And we also got great reviews in two of the leading Dutch newspapers. I have to confess I am flabbergasted about this all, but also very proud." 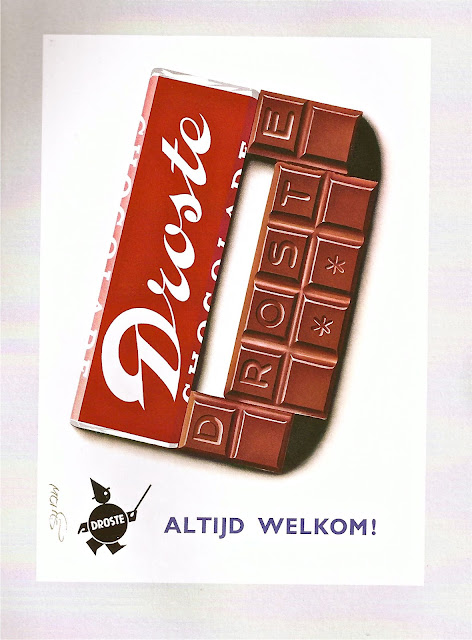 Mettes was also a bookbinder and designer and your book is very high quality in design and printing. What printer did you work with?

"Thank you. Like I said, it's a labour of love for all involved. The design is by Gielijn Escher, and I can say he worked for years on it. Through the years, Paul and I saw parts of it and discussed it with him. Publisher is De buitenkant in Amsterdam. Printing was done by Lenoirschuring and Terts, both in Amsterdam." 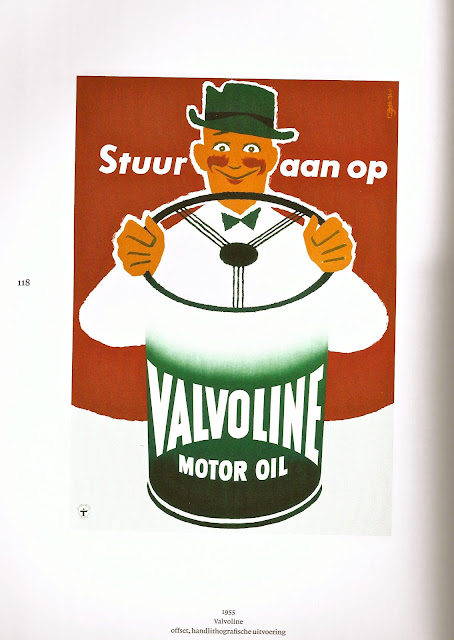 Thanks Paul. Your description of the book as a labor of love is apt, and I predict readers will fall equally in love with the world of Frans Mettes affichevirtuoos. For more information or to purchase visit the Idea Books website at the link below:

Great artwork... and I LOVE YOUR NEW HEADER!!!! Only eight more days until the new season starts!!!