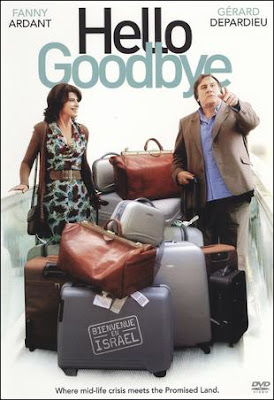 Light, escapist fare about a Parisian gynecologist (Gerard Depardieu) who immigrates with his wife (Fanny Ardant) to Israel to reconnect with his Jewish roots. At a party, Depardieu inadvertently admits he is not circumcised, setting off a chain of misadventures. What ensues is not exactly hilarity, but the film has a number of amusing and rewarding moments, mainly thanks to the skillful timing of Depardieu and Ardant. 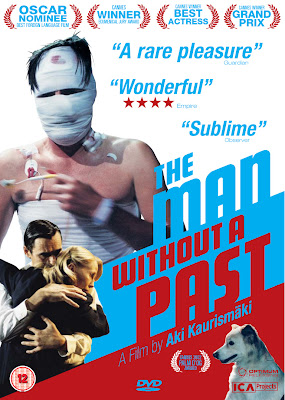 Fairly typical, i.e. wonderful, adult fable from Aki Kaurismäki. The late Markku Peltola stars as a man who is severely beaten during a robbery and loses all recollection of his previous life. In Kaurismaki’s gentle, plodding style, we see Peltola’s attempts to cope in a strange new world. He gets a bit of help from a number well meaning oddballs, including the great Kati Outinen as a spacey Salvation Army do-gooder. Man Without a Past encapsulates just about everything that is good about the Kaurismäki canon, and creates a new appreciation for the director’s ability to craft eccentric realties. 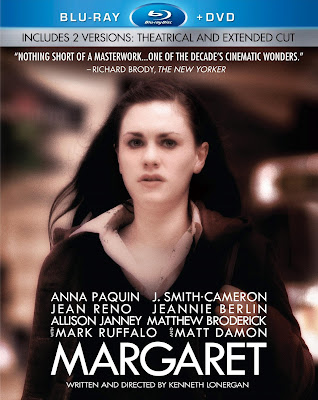 My four star rating may be a little generous, but it’s such a relief to find an American movie from 2011 that doesn’t suck. Margaret is one of those dramas about the interconnectedness of life, and how small mistakes can have enormous ramifications. Anna Paquin, despite pushing 30 in real life, is totally convincing here as a privileged teen from the Upper West Side who learns the hard way that life is not all about designer shoes. Writer/Director Kenneth Lonergan has a small role as her absent and distracted father, and their telephone conversations are both hilarious and heartbreaking. Margaret is a film that grows through clever elegance into a story that captivates and occasionally overwhelms. Uniformly excellent supporting work by Mark Ruffalo, Allison Janney, J. Smith-Cameron, Jean Reno, Matt Damon and Jeannie Berlin lend spice and depth.

After a promising start, this French comedy soon devolves to a level of preposterousness matched only by its excessive length. On the plus side, you’ll be really happy when it’s over.
at September 14, 2012

Love the header with Donna Reed.