Metrosexuals of Steel and Panic in the Sky 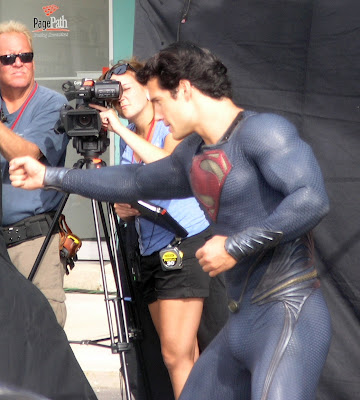 A few snippets of the new Superman film Man of Steel surfaced last week at Comic-Con, and it appears the iconic superhero has been given the full Chris Nolan nocturnal Goth treatment. Superman is impervious to everything but kryptonite and, apparently, the capricious whims of popular culture. And like pop culture, the last 20 years have been difficult ones for ol’ Supes, as countless traumatic efforts have been made to hip-hop him into relevancy. During this period he has died, been reborn as four different characters, mucked about in alternate universes and, worst of all, sported a mullet. Most recently, Superman renounced his American citizenship in favor of an Internationalist lifestyle. So much for truth, justice and the American way. 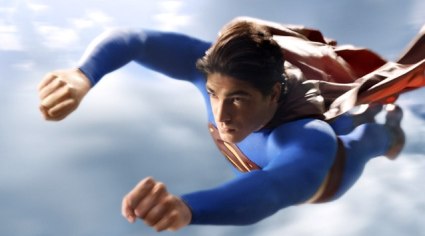 2006’s Superman Returns was widely regarded a failure, although I loved it and gave it 4.5 stars. It managed an entertaining story that didn’t destroy the traditional legend entirely, provided you overlook the strong implication that Superman was a baby diddy. Superman Returns was a love letter to the character, particularly all of his on screen manifestations, but its oblique references were lost on the Playstation crowd. Jack Larson and Noel Neill, stalwarts from the 1950’s TV show, appeared in bit parts, while the film’s music featured direct quotations from John Williams’ score composed for the Chris Reeve franchise of the 1970’s. And there was even a connection to the Kirk Alyn serials of the 1940’s, as star Brandon Routh’s lanky build was reminiscent of Alyn’s dancer physique. But Superman Returns was marred by hokey religious analogies and a surprisingly uncathartic ending; an ending that screamed for a sequel that will never be made. Superman has moved on to Henry Cavill in murky colored tights with weird art deco piping. The Man of Steel is now a throughly modern Metropolis metrosexual. 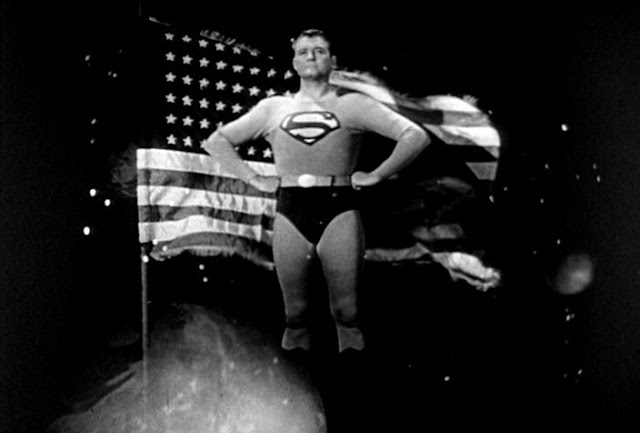 Folks my age - that nebulous demographic wedged between the Boomers and GenX - usually think of the late, lamented Christopher Reeve as the essential Superman. But my preferred embodiment of the character runs a few years earlier to The Adventures of Superman TV show, and the heroic stylings of the equally late and lamented George Reeves. No one milked the takeoffs and landings for dramatic effect better than Reeves’ Man of Steel. Then, once Metropolis had been restored to order, he’d suddenly reappear as boring, buttoned down Clark Kent, often while making a final adjustment on his newly tied Windsor knot. And with a well timed witticism and a wink to camera, both the city and Superman’s secret were safe for another week. 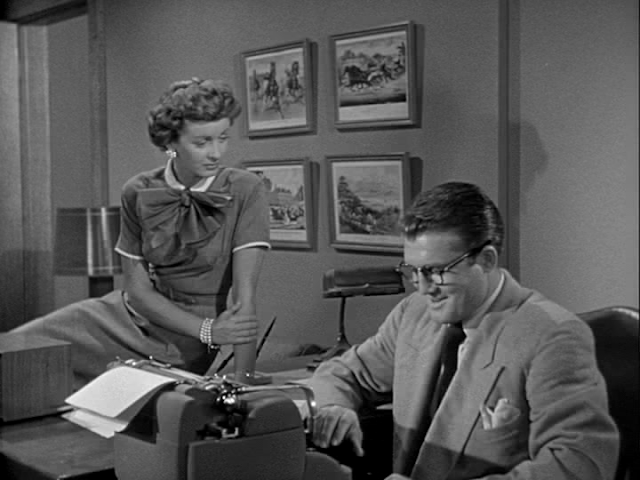 The Adventures of Superman was an extension of the radio dramas and B-grade detective movies that preceded it. Thus George Reeves’ Metropolis was a city of small time hoods; chain smoking knuckle-crackers in big hats with names like Blackie and Mumbles. These unkempt thugs might manage a temporary tactical advantage over Superman in the early going, but there was never any doubt that Reeves would eventually take flight out of a broom closet window and make short work of the miscreants. 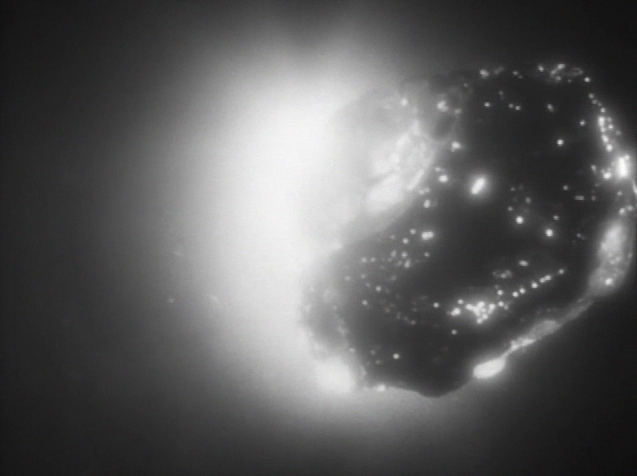 But in an episode from Season 2 entitled Panic in the Sky, Superman comes very close to meeting his super-maker, not to mention spilling the beans on his secret identity. In fact, this lowly TV episode comprises the most exciting 30 minutes of Superman narrative ever photographed. No subsequent big budget CGI-laced extravaganza has surpassed it, although the surprise ending of Superman II (1979) comes slightly close. 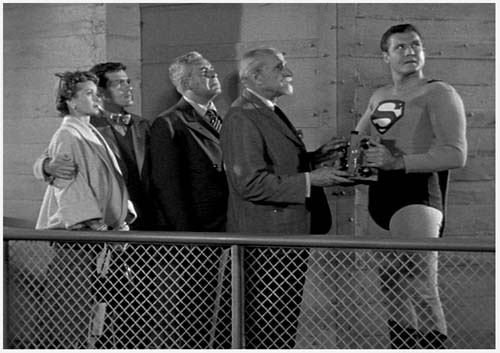 In Panic in the Sky, Earth faces destruction from an approaching meteor. Superman, advised by a kindly scientist (Jonathan Hale), flys up to the meteor in an attempt to destroy it, but encounters an unknown type of radiation that nearly destroys him. His mission a failure, Superman shakily returns to Earth, drained of strength and his memory a misty haze. Meanwhile, the meteor’s gravitational pull plays havoc with Earth’s weather patterns, unleashing violent storms and earthquakes all over the globe. As the planet becomes engulfed in its death rattles, the only being who can save the world lies sleeping in a Metropolis sickbed, sapped of his superpowers and unable to remember his heroic history. Humanity must face its darkest hour alone while its Kryptonian champion grapples with amnesia. 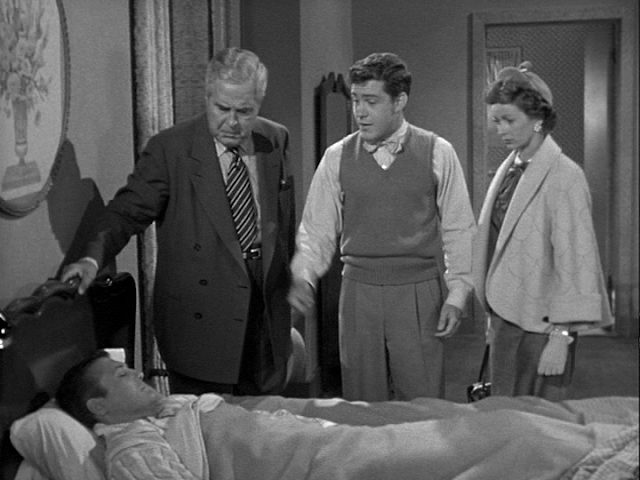 Panic in the Sky is a triumph of mood and suggestion. Its few attempts at special effects are laughable by today’s standards, yet the dire situational dramatics cut through with conviction and clarity. The terrifying destruction ravaged by the asteroid is never shown, but only mentioned as news reports “off the wire”, read aloud by Perry White, his head engulfed by smoke from a nervously puffed cigar. Tension and suspense builds through every scene, greatly enhanced by the use of some well selected stock music (that’s right, stock music. The only original music in the series was the opening theme). 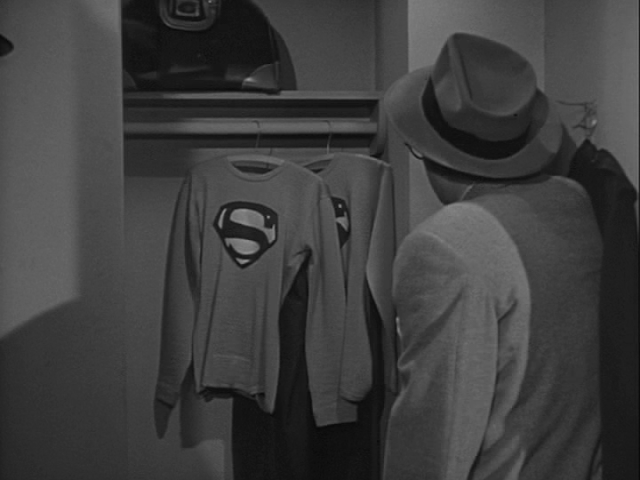 The episode shifts from macro to micro scales. As Earth prepares for a mysterious armageddon, Clark Kent is absorbed with his own strange mysteries, including some odd garments hanging from a secret compartment in his closet. But this closet has no window through which he can heroically take flight, only a hidden sliding door that leads to more questions than answers. Ultimately, like Superman Returns, the episode takes on its own messianic overtones, as the approaching meteor becomes a symbol of a world without Superman; a dark hellfire no longer held at bay by bright and righteous counterbalances. 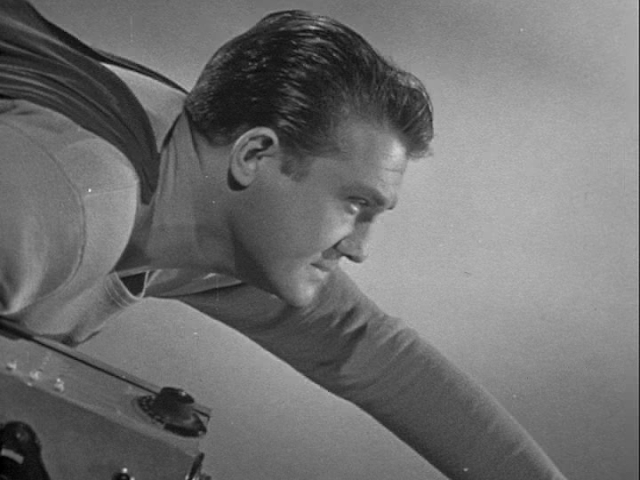 Produced for peanuts and beset with cheesy visuals, Panic in the Sky remains an exciting and entertaining chunk of Superman’s filmic legacy. Nearly 60 years later, the installment continues to fascinate and engross, and I’d wager it did more to popularize the Man of Steel than all the subsequent reboots and super-facelifts combined. Sometimes a concept should be left alone, immune to the shifting breezes of fashion. Hollywood and DC Comics have a huge investment in the new Superman movie, and hopefully it will revitalize this splendid character for a new generation. But I’d be stunned if its entertainment value is any greater than 1953’s Panic in the Sky.

WOW! What a great write-up of a little known episode in Superman's tale.

Christopher Reeve is who I always think of as Superman. I've seen maybe one of this series The Adventures of Superman, so I'm not really familiar with it at all, but my Mom loves it.

Dark Deco seems appropriate for Batman, but Superman needs bright colorful light. And most of all, a good story. I never watched Superman Returns because the premise was so far off of what I think Superman is.

I'm hearing from lots of folks that Chris Reeve was their idea of Superman. I liked him too, but I have a soft spot for George Reeves and that goofy TV low budget TV show. Thanks RH

Again, with the super-thick flannelly supersuits! Ugh, the sweat stains! 8-)