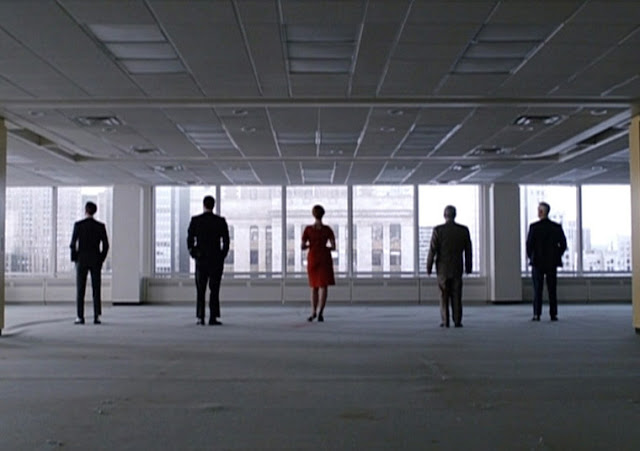 Mad Men Season 5 was a year of fits and starts, shocks and sputters, symbols and sacrifices. In all, 13 hours of interesting - at times excellent - television marred by occasional missteps into its own thickening narrative weeds. We saw Pete Campbell plumb new levels of despicableness - we always knew he had it in him - while the glass ceiling proved to be no match for the unique talents of curvaceous Joan Harris.  Many critics and fans of the series have reacted to Season 5 much the same way Sci-Fi lovers have reacted to Ridley Scott’s Prometheus; grudging respect laced with disappointment. But Mad Men was able to right its foundering ship - at least seal off the leaky compartments - with a strong, if confounding, finale. And there’s the sense that Season 6, presumably set in the tumultuous years of 1968 - ’69, could very well see the Mad Men finally return to warp drive after a year of poking along on impulse. 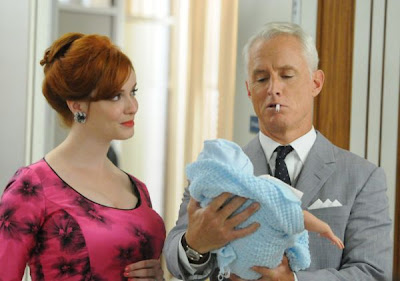 Season 5 began with great shebang in a 2 hour episode that renewed our acquaintance with the principals and, after an 18 month layoff, it was a welcome refresher. The highlight of the installment, and possibly the season, was Mrs. Megan Draper (Jessica Pare) and her breathy performance of a naughty French pop song during Don's fortieth birthday party at the Draper’s new, design book perfect mid-century modern apartment. 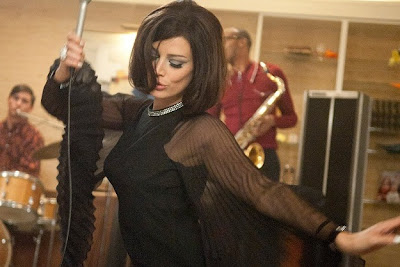 This bit of prehistoric karaoke established two unquestionable facts: that French pop songs are somehow simultaneously sexy and annoying, and that the new Mr. and Mrs. Draper were happy and very hot for each other. Only problem is that a happy Don Draper is no use to us. Without his dark secrets and class-struggle shoulder chip, Don is just another expensive suit roaming a Manhattan skyscraper; admiring the view from his corner office while a legion of underlings sweat blood over their sketch pads to pay the bills. 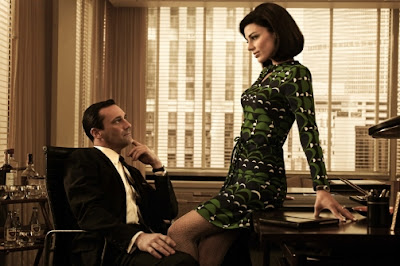 The most often heard criticism of Season 5’s early episodes can be distilled to “Too Much Megan”, and it's a valid ding. Never has series creator Matt Weiner attempted so hard to sell a character. The show absolutely insisted that viewers like her. But the more Megan was pushed, the less interesting she became and the more resistance grew. By the final episode everyone, including Don apparently, were wondering just what he saw in her. Megan’s saving grace was she motivated Julia Ormond’s recurrent character of Don’s mother-in-law Marie. Ormond’s worldly, refined sensualness was a refreshing contrast to the existential confusion and pettiness that plagued the regulars. 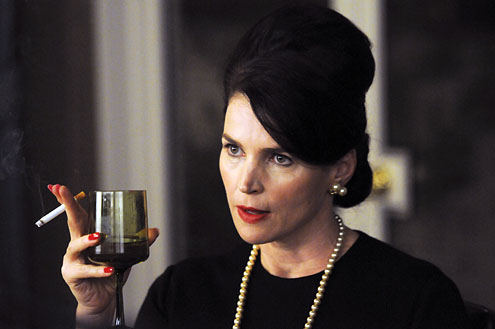 The emphasis on all things Megan for the season’s first month was doubly vexing for it caused a number of other, more interesting plot lines to go undeveloped. In a rare fit of corporate consciousness, Sterling Cooper Draper Price signed their first African-American hire, a secretary named Dawn (Teyonah Parris). Despite intriguing nuggets of backstory, the series completely misses this opportunity for a have-and-have-not subplot, and by season’s end Dawn had virtually been reduced to a nonentity. Similarly, the life and times of the new copywriter Ginsburg (Ben Feldman) is never explored beyond cursory data. A wiry kid from the wrong side of the tracks, Ginsburg has plenty of raw, if undisciplined, talent and ultimately proves to be the agency’s savior at a critical moment. But a single, unremarkable scene of his impoverished home life is the only glimpse we get into the origins of this burgeoning wunderkind. 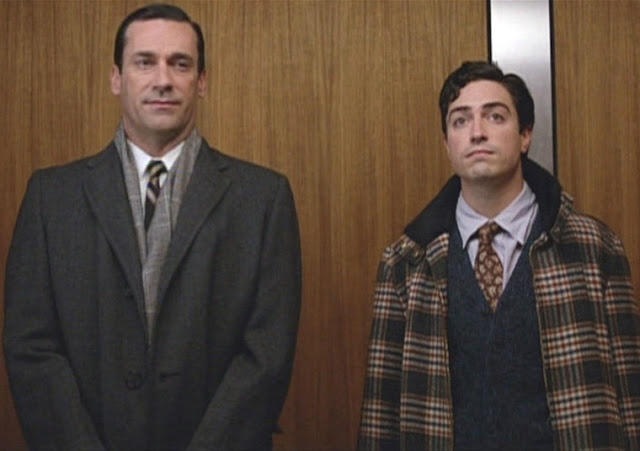