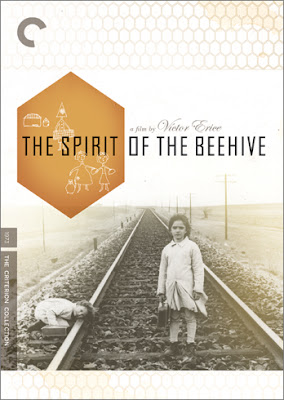 A classic horror movie becomes a symbol for humanity’s deceptions and delusions in The Spirit of the Beehive, Victor Erice’s minimalist allegory from 1973. Told mainly through the innocent eyes of a child, Sprit of the Beehive gently unfolds like a spring flower, with each new petal adding depth and symmetry to its rustic facade. Within the film’s surreal and delicate world, viewers will find pointed allusions to 20th century political struggles, the role of religion in warfare and shifting notions of man’s role in the universe. 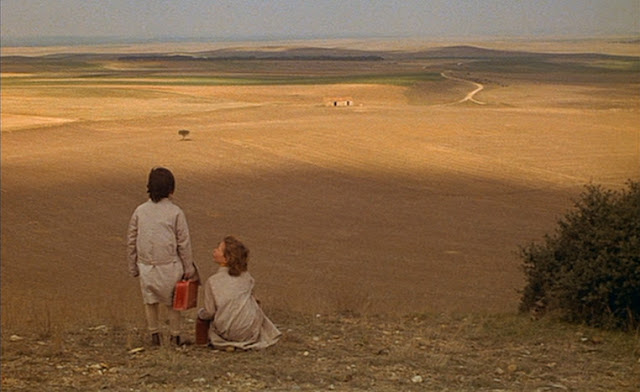 Set on the windswept plains of Castilla circa 1940, The Spirit of the Beehive evokes the chilling atmosphere of loneliness and devastation that followed the Spanish Civil War. In the backwater town of Segovia, life appears to have changed very little in the past century. Pack mules and school children comprise the town’s only traffic. Missing from Segovia’s dusty streets is an entire generation of young men, lost in the fight against Franco. One day a battered delivery van arrives at the town’s makeshift cinema bearing a print of Frankenstein, James Whale’s monster epic from 1931. Among the excited villagers in attendance are seven year-old Ana (Ana Torrent) and her sister Isabel (Isabel Telleria), a few years Ana’s senior. But what should be an evening’s light entertainment has a profound effect on young Ana, and her attempts to understand the film’s disturbing mysteries will eventually lead her to an existential crisis. 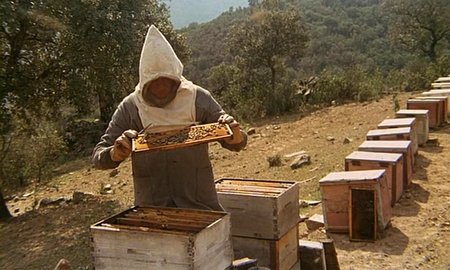 The Spirit of the Beehive moves at a deliberate and meditative pace, bringing to mind the work of Carlos Reygadas - his Mexican Mennonite drama Silent Light in particular - and leaves plenty of space for magical thinking and unresolved issues. The film plays with changes in scale, applying its disturbing but logical metaphors in micro and macro settings. Ana’s father (Fernando Fernán Gómez), a cold and remote figure, bears a strange resemblance to a monstrous creation when clad in beekeeper apparel, yet his relationship to his wife and children reveals his heart as barren and devoid of love as Dr. Frankenstein. Isabel, sensing her little sister’s trauma, stirs the pot with mind-games designed to confuse Ana even further, her dark eyes a mirror of pained astonishment. 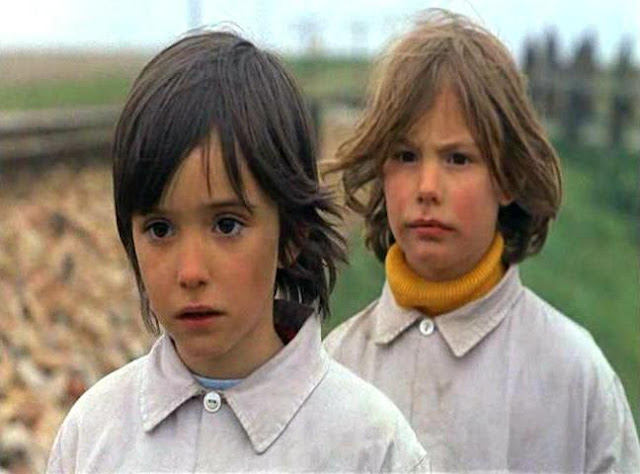 Erice twists his story into many challenging contours, forging a number of insightful and personal observations along the way. His visual storytelling is a primer on the everyday poetry of scant elements. Starkly formal compositions convey humanity’s bloated self-importance and feature Salvador Dali-style treeless landscapes that recede to infinity. And it is the infinite that boggles the mind of young Ana, her pristine soul suddenly invaded by the ugly and the unanswerable. Ana may soon lose her grip on reality, but considering the evil spirited world that humanity has created, who can blame her?
at June 25, 2012