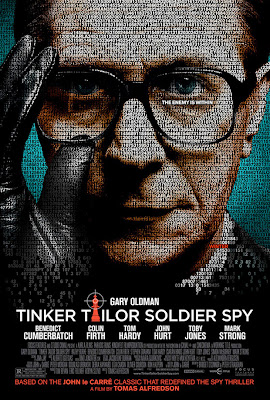 Gary Oldman shines in this excellent and intelligent thriller; further convincing us that he’s the second coming of Olivier. Oldman has made a career out of scenery chewing through underplaying, and here he’s as quietly riveting as ever. The film is an old fashioned cold war spy caper, filled with spooks and moles and cool code names and lots of dodgy operatives working both sides of the street. Despite all this, Tomas Alfredson (Let the Right One In) does a good job of keeping the proceedings relatively straightforward and digestible. Plot a little tricky in spots, so I recommend watching with subtitles to help you navigate the maze. Oh yes…there’s Colin Firth too! In all, a terrific entertainment. 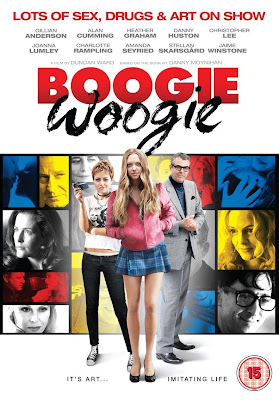 Puff comedy set in the London art scene, all about treacherous sleazeballs and their attempts to acquire a priceless Mondrian from doddering old Christopher Lee. The film is full of Brits playing Americans – and vice versa – and if you don’t care about art there are lots of shots of leggy Amanda Seyfried in what Holden Caulfield once referred to as “a butt-twitcher of a skirt”. Director Duncan Ward, whose filmography consists of, well, nothing, does a reasonably good job of keeping the tone and pacing of the performances consistent. Watch for Danny Huston, Skellan Skarsgard and Gillian Anderson as people you just want to slap, while Joanna Lumley and Alan Cumming steal the movie with little apparent effort. Good, not so clean fun and, as a former art school poseur, I can say with authority that much of the silliness rings true. 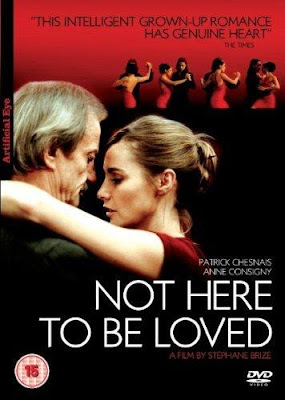 Anne Consigny is one of those talents who generally elevate any movie lucky enough to have them, and she scores again with this misty gray romance. And once again, she’s paired with a much older potential significant other – not as ludicrous as Mrs. Andre Dusollier in Wild Grass – but still off enough to be a slight distraction. The film’s main character is played by 60-ish Patrick Chesnais, as a bailiff who spends his grim days evicting folks from their scruffy Paris apartments and generally wallowing in remorse over his life choices. Chesnais and Consigny meet at a lonely hearts dance school, and before long their scholastic hoofing leads to tender extra-curricular activities. Georges Wilson is great as Chesnais’ grumpy ancient dad, and their long and tortured relationship is palpable. Not Here to be Loved is a simple and sweet immersion, with just enough unadorned realism to make us believe it.
at May 01, 2012

TTSS is in my queue and I think I'll add Boogie Woogie.