In recalling the career of the late Elizabeth Taylor, I’m reminded of a lesser-known role she played in SUDDENLY, LAST SUMMER, a film directed by Joseph L Manciewicz in 1959. While I didn’t see this movie til sometime in the 70s, it was a shocker, even then, and it’s hard to imagine the impact it had when it was first released. 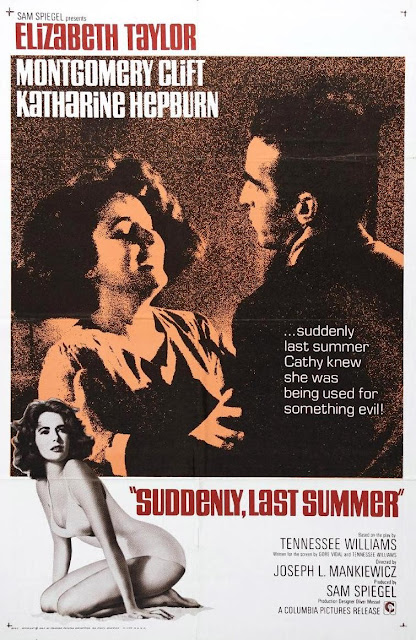 At the risk of being a spoiler, I’ll say that it was a ground-breaker for Hollywood, in that it addressed, albeit obliquely, homosexuality and, even more obliquely, cannibalism (although some English filmmakers, and actors like Dirk Bogard and James Mason, had already proved themselves more adventurous when approaching the former). And it is none other than Elizabeth Taylor who struggles through the film trying to articulate her recent participation in events generated out of these taboo places. Liz has nonetheless to take a back seat to Katherine Hepburn as Violet. Let’s face it; no stranger to upstaging tactics and techniques, Hepburn acts the pants off Taylor. Liz does a good, if not fantastic, job as Violet’s niece, Kathy, a traumatized ingénue who has been privy to a murderous, living nightmare. Both ladies were nominated for Academy Awards. 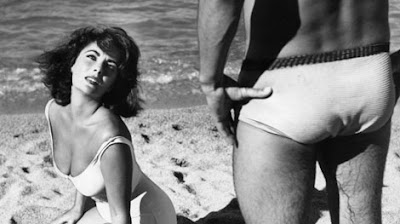 I've seen SUDDENLY, LAST SUMMER several times through the years. Every time, I’m thrilled at the brilliance of the film, riveted by the suspenseful build-up of horrifying subject matter; every time, it shocks and appalls. Katherine Hepburn as Violet delivers one of her finest performances as the very rich, fanciful, grieving mother of her only son, the beautiful Sebastian, who died...suddenly, last summer. Elizabeth Taylor is Kathy, Violet's niece, who customarily accompanied Sebastian on the annual summer trip. This time, last summer, Sebastian elected to troll for fun in white hot Spain, where he dies. When Kathy returns to America, she is deeply emotionally damaged. 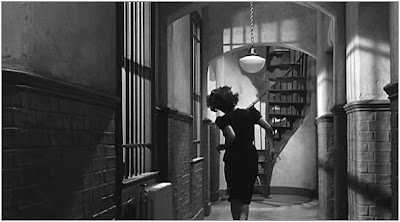 The circumstances of Sebastian’s death are so traumatic, so grotesque, that Kathy represses all memory of them, except that she occasionally "babbles" a tale of horror. Auntie Violet, powerful and obsessive, and intent on preserving her son's good reputation, has Kathy committed to a private insane asylum. When Violet reads in the newspaper about a doctor (Montgomery Clift: brilliant, even though his staring eyes, as always, often disconcert) at the state insane asylum whose specialty is surgical lobotomies, Violet sees a way to remove, rather than repress, forever Kathy's memory of Sebastian's life and last days. 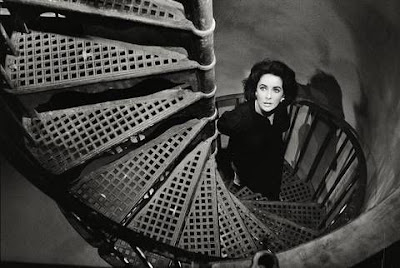 She offers an extremely generous and much-needed donation to the state asylum, in return for the doctor's performing a lobotomy on her niece. Right now! The production of this movie features marvelous sets, including a jungle-like conservatory full of plants so lush and thriving - even in black and white - they seem almost predatory. Lengthy meetings between Violet and the doctor and, sometimes, Kathy take place in this beautifully menacing setting. 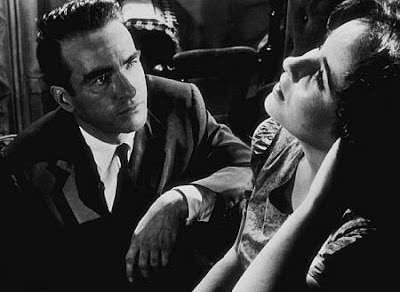 This screenplay of the Tennessee Williams play was adapted in part by Gore Vidal, and it is superbly intelligent and dark. Tennessee Williams and Katherine Hepburn were made for each other (see LONG DAY'S JOURNEY INTO NIGHT for another example of this exquisite pairing) and every aspect of this amazing movie, shot in breathtaking black and white, is perfect. One of the best movies of all time, in my view. A must see, if for no other reason than to celebrate the dark side of Liz.

I had this one mixed up with that other Clift/Taylor movie. No, not that one, the other one.

Glad we got that cleared up :)

Love that still of Liz on the spiral staircase...full of menace indeed, as it coils around her.

Isn't that a great image? Love it.