Some Enchanted Evening: Beauty and the Beast (1946) ✭✭✭✭ 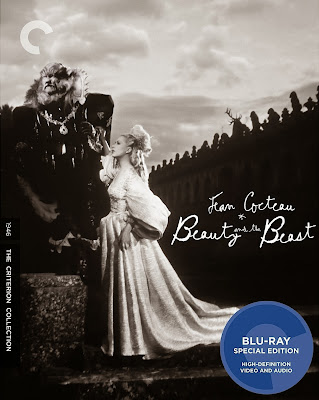 Jean Cocteau’s retelling of the classic, familiar fable Beauty and the Beast is a perfect match of material and réalisateur. Possessed of enormous creative energy, Cocteau was a painter, poet, novelist, composer, designer and actor who also somehow found the time to make made ambitious, visionary films. Cocteau’s filmic antecedents trace back to the Lumière Brothers and Georges Méliès. In fact, Cocteau was well into his teens and on the verge of becoming a published poet when Méliès’ A Trip to the Moon had its auspicious debut in Paris in 1902. Exposed to the fantastical possibilities of cinema at an impressionable age, the imaginative Cocteau would take those elements a step further. Influenced by the avant garde artists of the early 20th Century, Cocteau developed an eerie surrealistic visual style; rich with symbolism, magical settings and photographic effects. But, thanks to his background as a writer, Cocteau would employ his signature stylistics in the telling of generally coherent narratives – regardless of their underpinnings in fantasy – and his films achieved worldwide recognition and critical success. It’s not a stretch to describe Jean Cocteau as the Julie Taymor of his era. 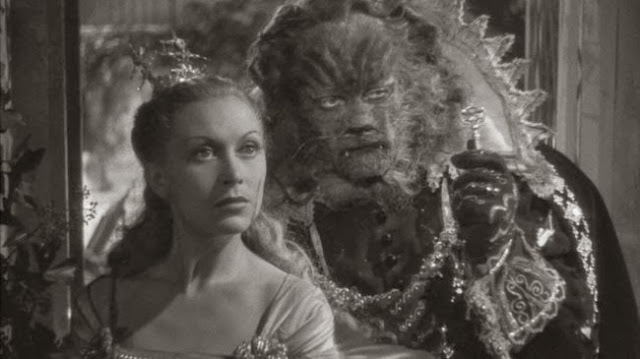 Beauty and the Beast is not a film that can be fully appreciated through today’s eyes. A number of special effects are attempted - all of them physical, through-the-camera gimmicks - and the results feature varying degrees of persuasiveness. Obviously, special effects in 1946 consisted mainly of what ever could be accomplished with make-up, fishing line and deviant frame rates, but despite these limitations the film abounds with visual cleverness. The beast’s lair is presented as an ancient castle complete with the dark, smoky atmospherics of witchcraft, surrounded by an overgrown forest shrouded in a black mist. The crumbling palace is furnished with statuary of the undead; their shining eyes following every move of the inhabitants. Muscular, disembodied arms reach out from every wall, holding candelabras that magically light the creepy, silent corridors. All this is either fantastically foreboding or worthy of a skewering from Mystery Science Theater, depending on the viewer’s mindset. Cocteau’s Beauty and the Beast offers contemporary audiences a glimpse into a magnificent cinematic artifact from 65 years ago, and expectations will need to be adjusted accordingly. 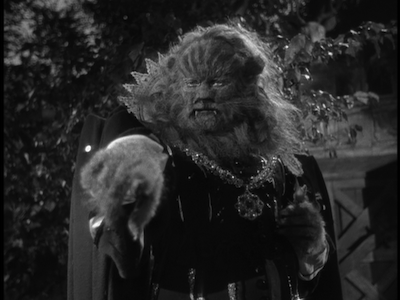 In Cocteau’s version of the legend, Beauty and the Beast is the story of young woman named Beauty, or Belle in this case (Josette Day) who lives the drudgerous life of a scullery maid while her flighty –and yes, somewhat evil – older sisters (Mila Parely, Nane Germon) pursue giggly lives of leisure and social climbing. Her brother Ludovic (Michel Auclair) isn’t any prize either, as his talents are limited to sarcasm and running up huge gambling debts. When his deficits threaten the family with penury, their widowed, merchant father (Marcel Andre) makes an arduous horseback trip to meet an arriving ship packed with valuable goods he intends to sell at a handsome profit. Along the way he gets lost in a thick fog and ends up in a bizarre, alien wilderness. When he picks a wild rose to take back to Belle, The Beast suddenly confronts him in a glowing, thunderous apparition. A monstrous animal-human hybrid, the angry Beast makes a bargain with the terrified man: if Belle will agree to take her father’s place as prisoner, then the Beast will spare his life. 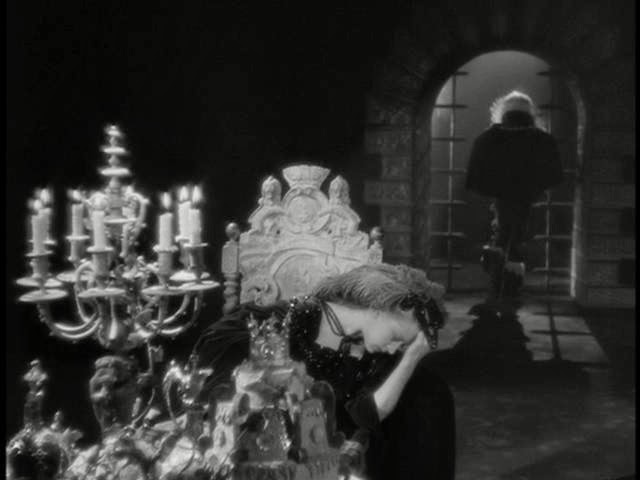 As the dutiful Belle arrives to fulfill the bargain, the balance of the film becomes a showcase for Cocteau’s imaginative stagings; imagination that often outstripped the era’s technology. But open minded viewers will find interesting and admirable moments. The Beast’s complex make-up, by Hagop Arakelian, is the film’s star special effect, and it compares favorably to today’s state of the art prosthetics. The Beast, played by Cocteau’s muse, protégé and long time lover Jean Marais, is still allowed a reasonable range of expressions despite Arakelian’s thick appliances. Belle’s entrance to the castle features a sequence where she appears to glide down a hallway illuminated by flowing drapes, a classic effect repeated in countless 1980s music videos. When Belle acquires the ability to teleport in the final reels, her sudden appearance through a wall provides one of the film’s most haunting images. And, as the story reaches its famous climactic role reversal and the fierce master becomes a hapless slave of love, Cocteau reaches even further into his bag of tricks for a dénouement as enchanted as the Beast’s ethereal domain.

Criterion has done a superb job of crafting a deluxe blu-ray edition worthy of Cocteau’s visionary masterpiece. While many of the film’s visual effects will appear awkward to viewers accustomed to modern CGI extravaganzas, Beauty and the Beast can still be appreciated as a film of rare and exquisite visual lyricism. Like its title characters, the film itself seems to be under the influence of a magical spell, relentlessly weaving a tapestry of haunting images. Still, one can’t help but wonder what Cocteau could have created had he gotten his hands on Adobe After Effects.

This is one of my favorite stories of all time, and I will admit to totally being in love with the Disney version thereof. Now that I have humbled myself, come to my blog and prepare to be ASTOUNDED.

Such a wonderful, magical film and a surprising double role of Jean Marais. Great review.

Was it Greta Garbo who saw this, and after The Beast changed back to Marais was said to have exclaimed, "where's my beast"?

LOL, I've never heard that but it makes sense. The beast was much more interesting than the prissy Marais.